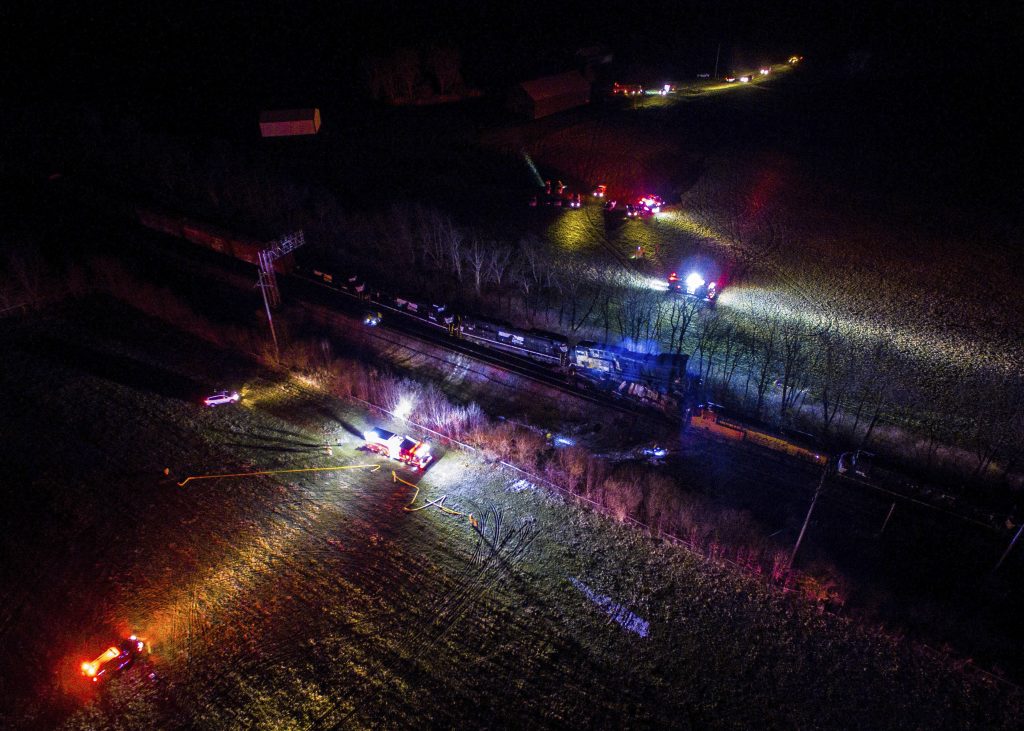 Nearby residents were evacuated “out of an abundance of caution after the crash was reported at 11:14 p.m., Lexington Fire Lt. Jessica Bowman told The Associated Press. Bowman said she couldn’t confirm what substance had spilled and was burning, but the people were allowed to return home once safety risks were ruled out.

Police told the Scott County School superintendent, Kevin Hub, to open schools as emergency shelters, and buses were sent to the neighborhood to collect people without transportation. Hub said he could see smoke billowing from the scene and they were prepared to receive hundreds of people. Shortly after many residents arrived, they were able to return home.

Bowman said she had no information about the four injured and their conditions. The crash remains under investigation.