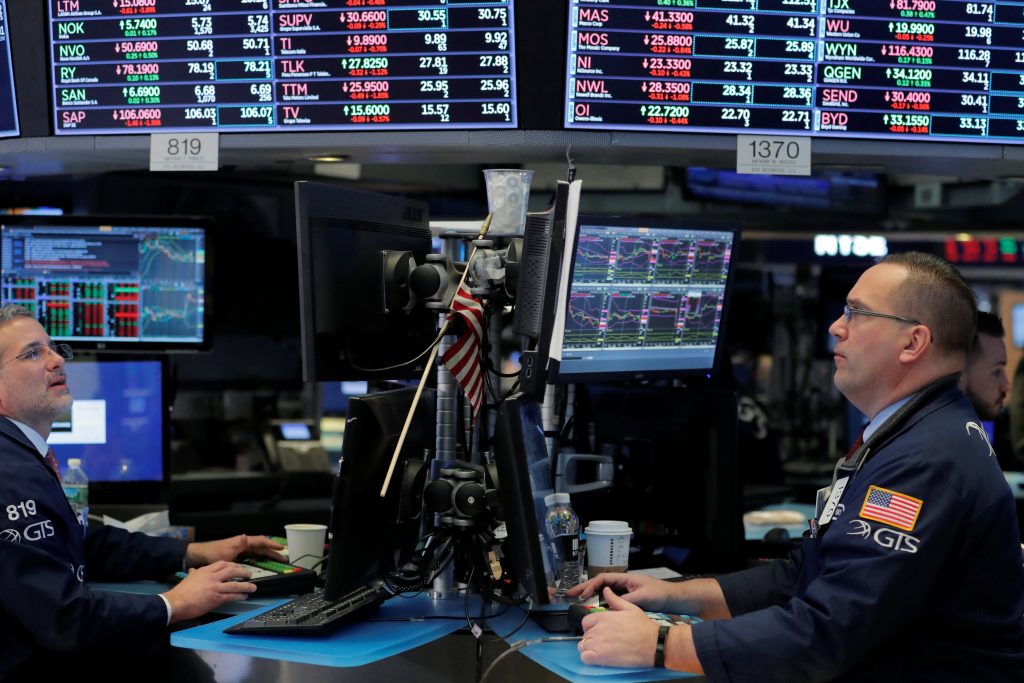 A sharp loss for Facebook is dragging technology companies lower Monday as U.S. stock indexes skid. The social media company is facing new criticism related to privacy issues following reports a data mining firm working for the Trump campaign improperly obtained and then kept data on tens of millions of users. The stock is on pace for its biggest loss since 2012.

The British pound is rising and European stocks are down after Britain and the European Union said they are getting closer to a deal that will complete Britain’s departure from the EU.

UNFRIENDED: Facebook said Friday that the data mining company Cambridge Analytica improperly obtained data on some of its users, and that it had suspended Cambridge while it investigates. Facebook said the company obtained data from 270,000 people who downloaded a purported research app that was described as a personality test.

The New York Times and the Guardian reported that Cambridge was able to tap the profiles of more than 50 million Facebook users without their permission. Facebook first learned of the breach more than two years ago but hadn’t disclosed it. A British legislator said Facebook had misled officials while Senator Amy Klobuchar of Minnesota said Facebook CEO Mark Zuckerberg should testify before the Senate Judiciary Committee.

Ives said Wall Street is more concerned about the latest situation than it was about issues like Facebook’s platform spreading fake news. That’s because Cambridge reportedly got access to the personal data of a large number of users, and the backlash suggests Facebook may face more regulation or could lose users, advertisers or advertising revenue.

He estimated that $5 billion in annual revenue for Facebook might be at risk and that the company has to work hard to assure users and government agencies. He said the situation could create problems for other tech companies.

BYE-BYE BRITAIN: Representatives of Britain and the European Union said they made progress on the terms of Britain’s departure from the bloc. British envoy David Davis said important steps have been made in the last few days and he thinks EU leaders will back them in a meeting Thursday and Friday. Britain is scheduled to officially leave the EU on March 29, 2019.

JUST ANOTHER MERGER MONDAY: Internet technology company CSRA rose 43 cents, or 1 percent, to $41.08 after CACI International offered to buy it for $44 a share in cash and stock, or about $7.2 billion. Defense contractor General Dynamics agreed to buy CSRA in February for $40.75 a share in cash, or about $6.8 billion. General Dynamics said it’s proceeding with that offer, suggesting it doesn’t plan to raise its price.