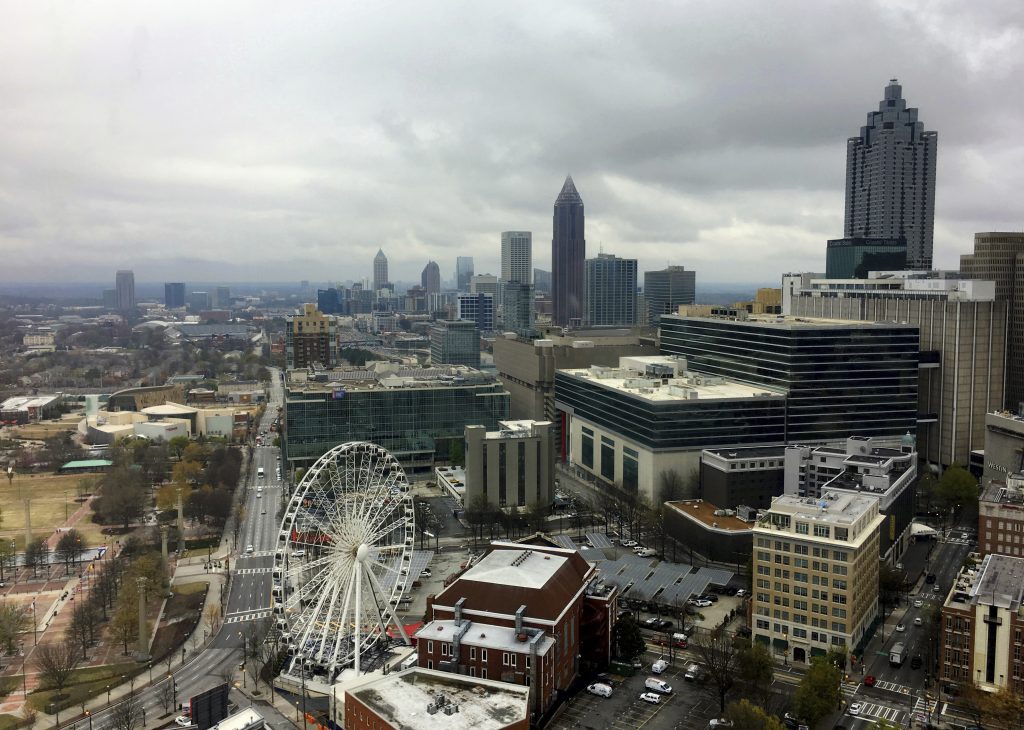 More than 29 million people face a threat of severe storms Monday that could bring hail the size of tennis balls, damaging winds and strong tornadoes to the southeastern United States, forecasters said.

Large parts of Alabama, Georgia and Tennessee and a small portion of northeast Mississippi will be under a tornado threat Monday afternoon and evening, the national Storm Prediction Center said.

School systems from central Tennessee as far south as Birmingham, Alabama, said they were dismissing early, hoping students and staff would have time to get home before the storms moved through.

The threatened storms come one day before the official start of spring, and are “by far the most impressive setup we’ve seen so far this year,” said Kurt Weber, a meteorologist at the National Weather Service in Huntsville, Alabama.

“We can’t rule out a strong tornado east of Interstate 65 at this point with all the ingredients coming together,” Weber added. “Hopefully not, but definitely a possibility.”

By mid-morning Monday, confidence in the possibility of tornadoes across northern Alabama had increased.

“It appears increasingly probable the risk for several tornadic supercells will traverse across northern portions of Alabama late this afternoon and through the early evening,” the Storm Prediction Center said in an update on the situation.

An enhanced risk of severe storms covers several large cities across the South, including Nashville and Chattanooga in Tennessee; and Birmingham, Huntsville and Tuscaloosa in Alabama, forecasters said.

In Alabama, any strong tornadoes, golf ball to tennis ball-sized hail and 70-mph winds are most likely in the northern half of Alabama, including all of metro Birmingham. Hail of that size can do serious damage to buildings and cars, Weber said.

“This is one of those days you want to put the car in the garage if you can,” Weber said.

In Georgia, the highest risk of tornadoes will be in northwest Georgia, including the cities of Dalton, Rome and Cartersville.