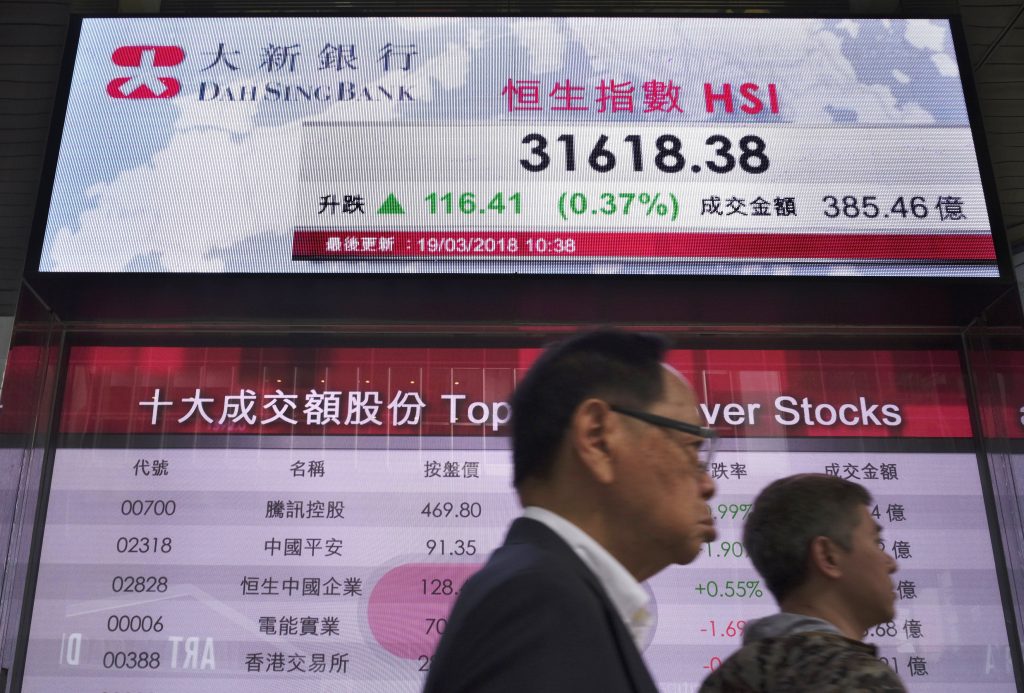 A U.S.-trained economist was named to succeed longtime Chinese central bank governor Zhou Xiaochuan as part of a slate of new economic officials. The appointments come as Beijing is trying to rein in surging debt and reduce financial risk. The new governor of the People’s Bank of China, Yi Gang, is a veteran deputy central banker who is known to foreign investors and regulators as head of China’s foreign exchange regulator. The ceremonial national legislature also approved a second term for the commerce minister and appointed a finance minister.

Investors are closely watching this week’s first meeting of the U.S. Federal Reserve’s rate-setting committee under newly appointed Fed chairman Jerome Powell. The potential for insight into how the new Fed leadership will operate makes this “arguably one of the most important policy setting meetings in recent years,” said Tai Hui of J.P. Morgan Asset Management, in a report. Forecasters already expect a 0.25 percentage point increase in the Fed’s benchmark interest rate but want to know its economic outlook, which will influence future decisions. “The committee’s assessment on the U.S. economy and subsequent policy outlook is going to be crucial,” said Hui.

President Vladimir Putin rolled to a crushing re-election victory. There had been no doubt that Putin would win his fourth election against seven minor candidates after his most prominent foe was blocked from the ballot. With ballots from 80 percent of Russia’s precincts counted by early Monday, Putin had amassed 76 percent of the vote. Observers and individual voters reported widespread violations including ballot-box stuffing and forced voting, but the claims are unlikely to dilute the power of Russia’s longest-serving leader since Josef Stalin. As the embodiment of Russia’s resurgent power on the world stage, Putin commands immense loyalty among Russians.