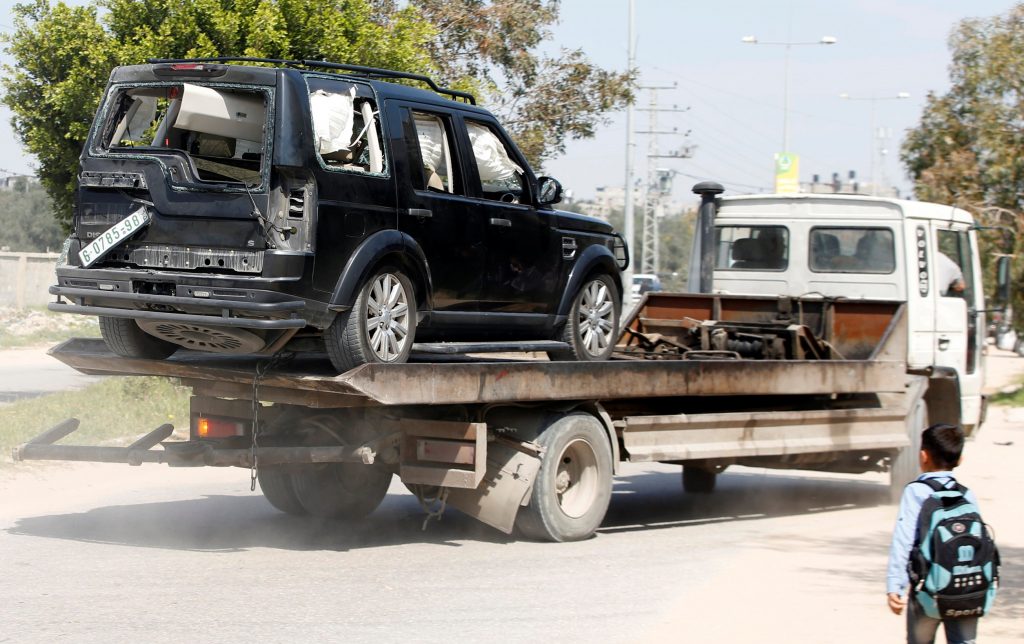 Palestinian Authority President Mahmoud Abbas on Monday blamed Hamas for the March 13 bomb attack on the convoy of PA Prime Minister Rami Hamdallah in Gaza, saying it was a “despicable and sinful act.”

Hamdallah and Palestinian security chief Majid Faraj were uninjured when a roadside bomb exploded as they entered the Gaza Strip on their way to a ceremony in the enclave that is dominated by the Hamas faction and is a rival of Abbas’s Fatah faction.

In a speech at a Palestinian leadership meeting, Abbas announced sanctions against the Hamas rulers of Gaza:

“I have decided to take national, legal and monetary steps against Gaza in interest of the conservation of the national project,” Abbas said.

Abbas also said that he will not accept any findings from a Hamas investigation of the attempted assassination, The Times of Israel reported.