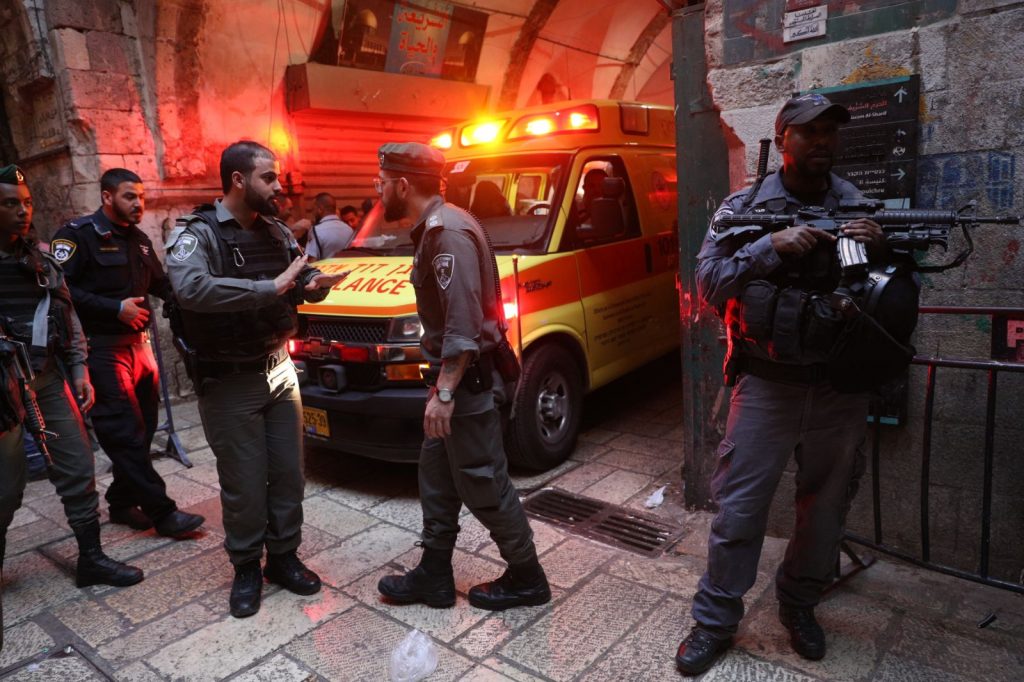 An Israeli security guard was fatally stabbed in a terror attack in the Jewish Quarter of the Old City of Yerushalayim on Sunday.

The victim was identified as Adiel Coleman, Hy”d, of Kochav Hashachar. Adiel, 32, and his wife, ybl”c, Ayelet, had two sons and two daughters, the oldest of whom is in third grade. Adiel worked at the excavation of Ir David. The attack occurred as he was leaving work Sunday afternoon and walking to the light rail.

The terrorist was shot and killed by an Israeli policeman, Public Security Minister Gilad Erdan said.

Shin Bet identified the terrorist as 28-year-old Abd al-Rahman Bani Fadel, from the village of Aqraba, near Shechem. The security service said earlier reports that he was a Turkish national were erroneous.

The incident took place on Hagai Street in the Old City, not far from the Kosel, according to MDA.

United Hatzalah volunteer EMS first responders treated two other people who were injured in the attack.

Parts of the Old City were closed down following the attack, police said.

The levayah will be held Monday in Kochav Hashachar.