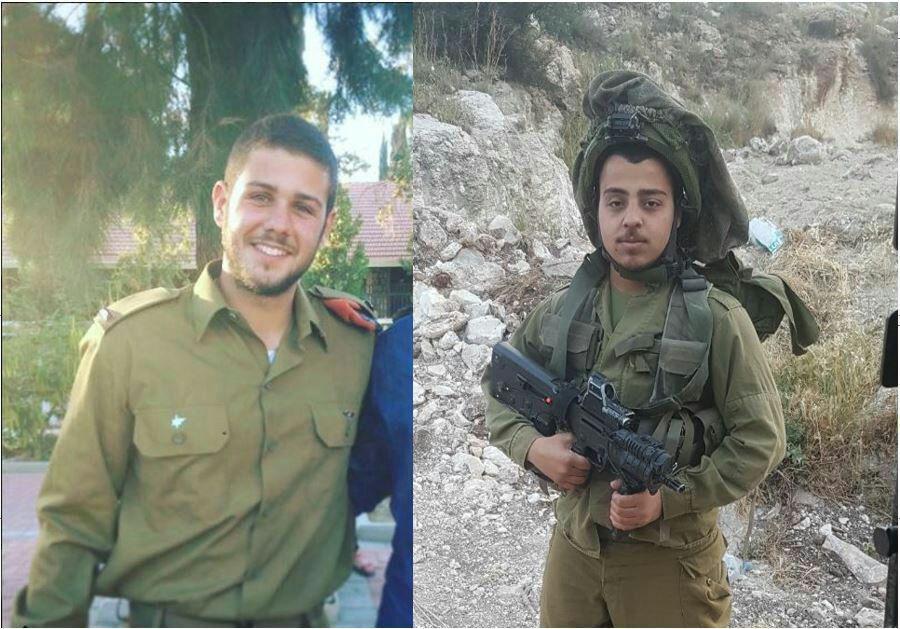 Israeli planes hit several targets in Gaza early Sunday. Among the targets hit was a factory for the manufacture of missiles and weapons in northern Gaza. The IDF said in a statement that the strike was in response to recent attacks by Gaza Arab terrorists, including one last week in which Gaza terrorists set off a bomb along the Gaza border fence as an IDF patrol was passing by. The statement said that the IDF would continue to attack Gaza Arab terror targets in order to ensure the security of Israelis, and that it held Hamas responsible for all terror activities in Gaza.

The levayah for IDF soldier Natanel Kahalani, Hy”d, who was killed in a terror attack Friday near the Shomron town of Mevo Dotan by an Arab terrorist, was held in his hometown of the northern moshav of Elyakim. A second soldier killed in the attack, Ziv Daos, Hy”d, of the central Israeli town of Azor, will be held Sunday afternoon in Holon. Two other soldiers were injured in the attack, and one that had been in serious condition was much improved by Sunday, doctors at Beilinson Hospital in Petach Tikvah said. The second remained in moderate condition.

The two soldiers were killed Friday afternoon when a vehicle driven by an Arab hit them as they got out of an army jeep near Mevo Dotan in northern Shomron. Two other soldiers were injured in the incident. The Arab hit them when they were on the side of the road, making it clear that it was a terror attack, IDF officials said. The Arab driver was injured and taken to an Israeli hospital, where he is being questioned by Israeli security officials.

IDF forces confiscated terror funds in the Chevron area overnight Motzoei Shabbos. The money, amounting to tens of thousands of shekels, was found in a house in Chevron. The money was part of payments made by Hamas and the Palestinian Authority to the families of terrorists for committing terror acts against Israelis, officials said.

Also overnight, security officials said they arrested eight wanted security suspects in other areas in Yehudah and Shomron. The suspects were wanted for participating in rioting and throwing stones and firebombs that endangered Israeli civilians and IDF soldiers. Several of the suspects were also charged with belonging to Hamas. All were being questioned on their activities by security forces.