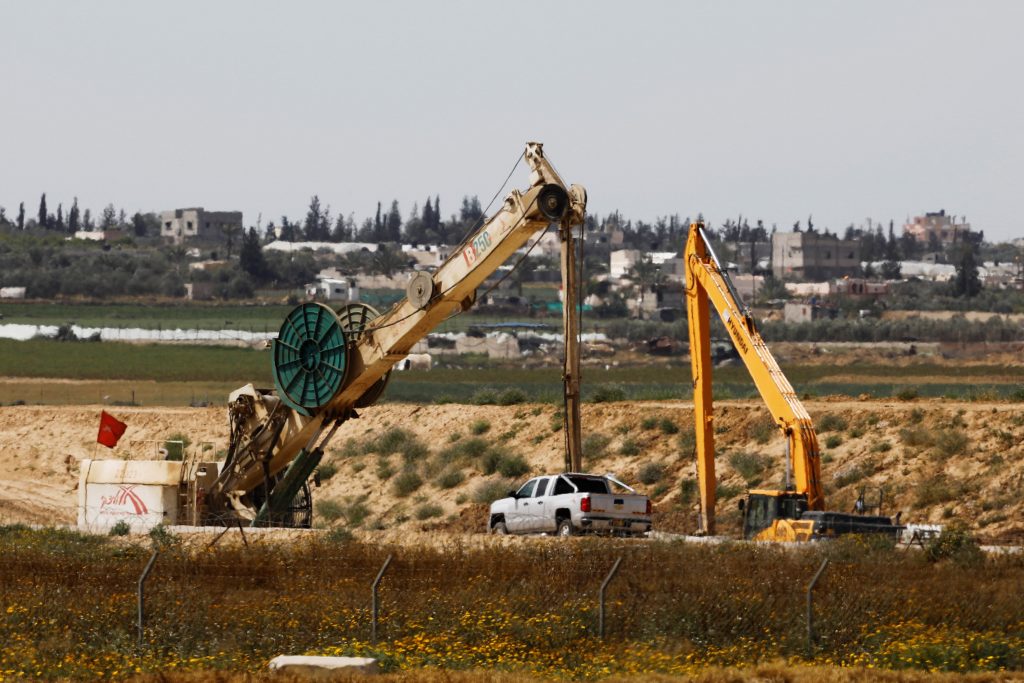 In its overnight raid in Gaza, the IDF destroyed two Hamas terror tunnels that the terror group was trying to re-dig, after they had been destroyed during Operation Protective Edge. In a statement, the IDF said that “we are closely following developments on the digging of tunnels and interdicting them before they can reach into Israel.” The statement added that it did not expect a Hamas retaliation for the demolition of the tunnels.

“This is an underground infrastructure that had not yet penetrated into Israel, which Hamas has been digging in recent days to allow for this,” the IDF spokesman said, adding that the attack was deep inside the Gaza Strip.

This is the third time this year Israeli forces have attacked Hamas terror tunnels. In January, Israeli planes destroyed a terror tunnel underneath the Kerem Shalom crossing, and a second tunnel, which extended into both Israel and Sinai, was destroyed in February. Hamas claimed that the tunnel had been built for the purpose of smuggling goods into Gaza.

The demolition of the tunnels came in a raid early Sunday by Israeli planes, which hit several targets in Gaza. Besides the tunnels, Israeli forces hit a factory for the manufacture of missiles and weapons in northern Gaza. The IDF said in a statement that the strike was in response to recent attacks by Gaza Arab terrorists, including one last week in which Gaza terrorists set off a bomb along the Gaza border fence as an IDF patrol was passing by. The statement said that the IDF would continue to attack Gaza Arab terror targets in order to ensure the security of Israelis, and that it held Hamas responsible for all terror activities in Gaza.

Defense Minister Avigdor Liberman said that “in a very calculated manner, based on intelligence and advanced technology, Israel is destroying Hamas tunnels one after another. Anyone who thought they could harm us using these tunnels is facing an iron wall. Hamas has invested billions in the tunnel project, and now it is drowning in sand. I would recommend that Hamas invest its money in the welfare of Gaza residents, because by the end of the year the entire tunnel project will be destroyed.”