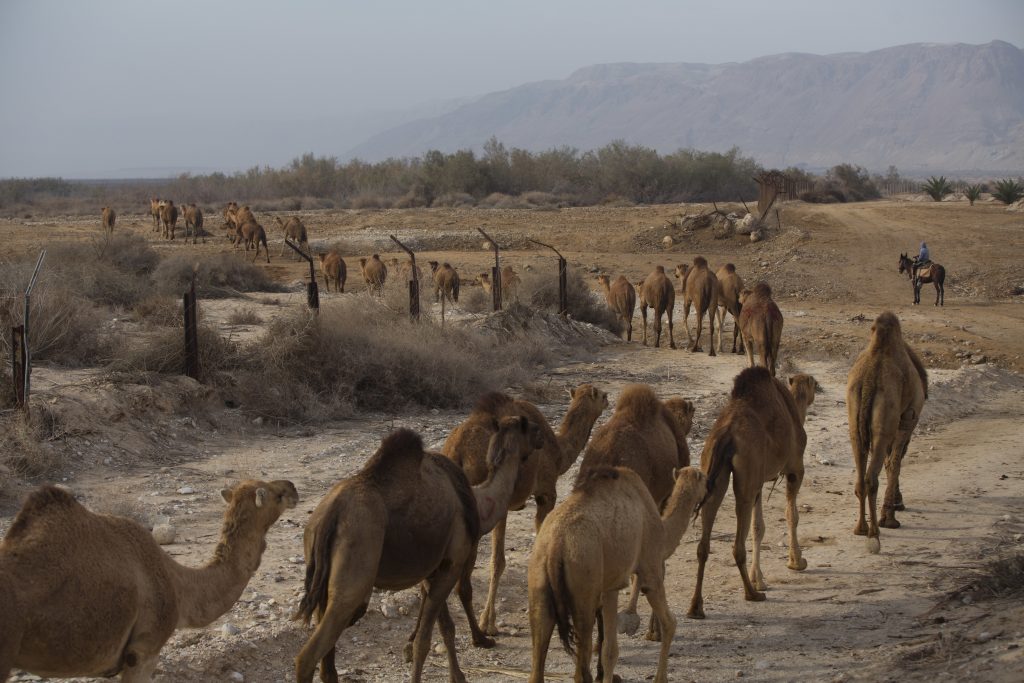 Each winter, camels lope around the moon-like desert landscape of the lowest place on Earth under the watchful eyes of their Bedouin Arab herders, in an ancient tradition passed from father to son over the generations.

Ali El Guran brings his herd of more than 100 camels from southern Israel to the Dead Sea every November to pasture.

Bedouin lifestyles have changed dramatically in the last few decades, with many leaving their traditional nomadic ways to settle in towns of southern Israel, trading their camels for pickup trucks and living off tourists instead of goat herds.

But for three months a year, El Guran and the other herders live as their forefathers have for generations.

It’s a simple life. The herders eat mainly bread and olive oil while drinking thick black coffee boiled on campfires. They sleep under the stars, near the herd, for weeks at a time. There is no cellphone coverage or other modern amenities.

El Guran and the others use the time to bond with their sons who have come with them to the pastures, away from the distractions of the contemporary world. They speak to the camels in a special language, directing them where to graze.

El Guran sells camels as well as camel milk to make a living.

As winter comes to an end, the area gets very hot and the camels are taken to a higher elevation, where it’s cooler.