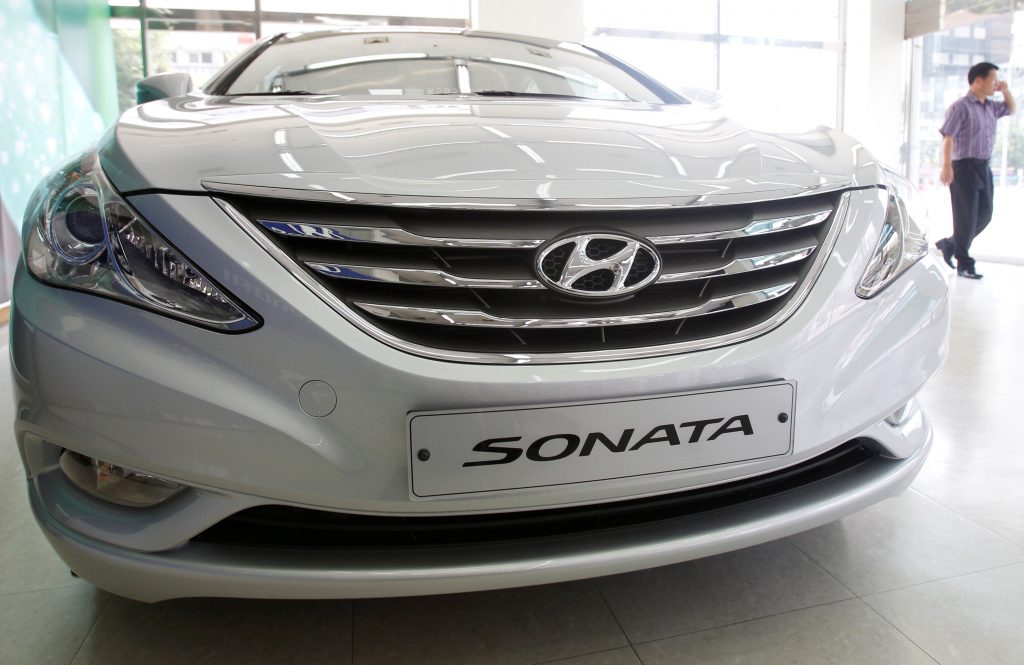 Air bags in some Hyundai and Kia cars failed to inflate in crashes and four people are dead. Now the U.S. government’s road safety agency wants to know why.

The National Highway Traffic Safety Administration says it’s investigating problems that affect an estimated 425,000 cars made by the Korean automakers. The agency also is looking into whether the same problem could happen in vehicles made by other companies.

In documents posted on its website Saturday , the safety agency says the probe covers 2011 Hyundai Sonata midsize cars and 2012 and 2013 Kia Forte compacts. The agency says it has reports of six front-end crashes with significant damage to the cars. Four people died and six were injured.

The problem has been traced to electrical circuit shorts in air bag control computers made by parts supplier ZF-TRW. NHTSA now wants to know if other automakers used the same computer.

On Feb. 27, Hyundai recalled nearly 155,000 Sonatas due to air bag failures, which the company blamed on the short circuits. Hyundai’s sister automaker Kia, which sells similar vehicles, has yet to issue a recall.

In a statement Saturday, Kia said that it has not confirmed any air bag non-deployments in its 2002-2013 Kia Forte models arising from “the potential chip issue.” The company said it will work with NHTSA investigators.

“Kia will act promptly to conduct a safety recall, if it determines that a recall would be appropriate,” the company said.

But a consumer complaint cited in NHTSA’s investigation documents said Kia was informed of a crash near Oakland in which air bags failed to deploy and a passenger was killed.

In October 2015, the complainant told NHTSA that a 2012 Forte was involved in a serious front-end crash that occurred in July 2013. A passenger was killed and the driver was injured. According to the complaint, Kia was notified, the air bag computer was tested and it was “found not to be working.”

People who complain to the NHTSA are not identified in its database. It was unclear whether the agency verified the complainant’s statement. A message was left Saturday for agency spokeswomen.

Kia spokesman James Bell said he could not comment beyond the company’s statement.

In addition, no deaths or injuries were disclosed in Hyundai’s recall documents, which were posted by NHTSA in early March.

Hyundai spokesman Jim Trainor says the problem occurred in rare high-speed head-on collisions that were offset from the center of the vehicles. “It’s very unusual to have that kind of collision,” he said Saturday.

Dealers will consider offering loaner cars to owners until the problem can be repaired, he said. “We certainly would do everything we can to help our customers,” Trainor said.

Hyundai said in a statement that the air bag control circuitry was damaged in three crashes and a fourth crash is under investigation.

ZF-TRW said in a statement that it is prevented by confidentiality agreements from identifying other automakers who bought its air bag control computers. The company said it is working with customers and supports the NHTSA investigation.

According to NHTSA, Hyundai investigated and found the problem was “electrical overstress” in the computers. The company didn’t have a fix developed at the time but said it was investigating the problem with ZF-TRW. Hyundai does not yet have a fix for the problem but said it expects the Sonata recall to start April 20. The problem also can stop the seat belts from tightening before a crash.

The agency says four crashes occurred in Sonatas and two happened in Fortes. One Forte crash happened in Canada. All six crashes were reported to NHTSA between 2012 and 2017, but it was unclear when they occurred.

In May of last year, NHTSA opened an investigation into whether Hyundai and Kia moved quickly enough to recall more than 1.6 million cars and SUVs because the engines can stall, increasing the risk of a crash. The investigation into three recalls by the two brands is pending. The agency also said it’s investigating whether the automakers followed safety reporting requirements.