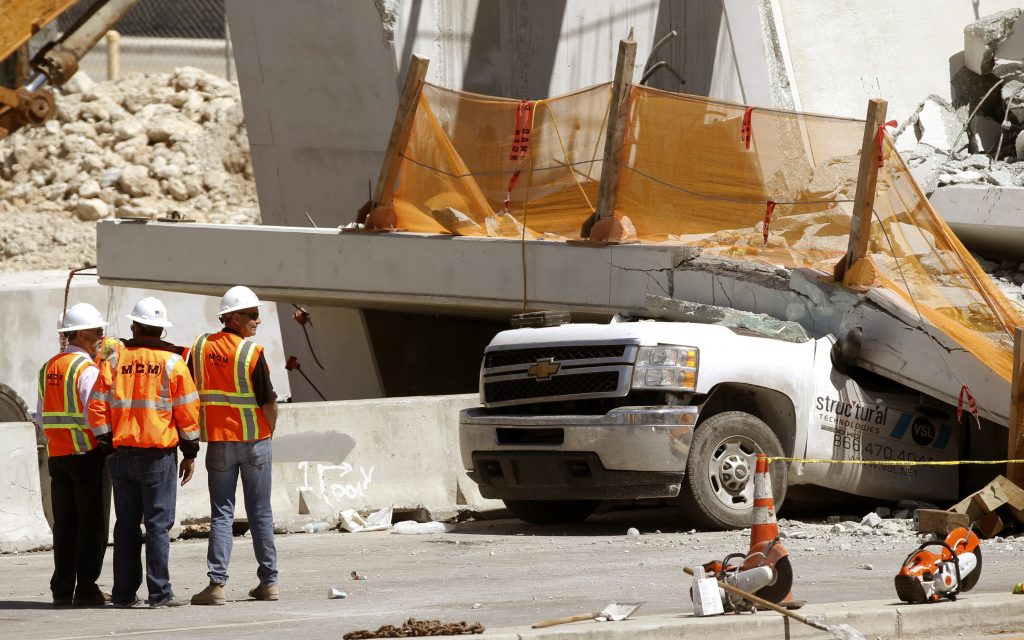 Miami-Dade Police released on Saturday the names of three victims pulled from the rubble of a Miami bridge that collapsed Thursday.

The three were found Saturday in vehicles that were removed from the debris of the pedestrian bridge that fell near Florida International University.

They are 57-year-old Oswald Gonzalez, 53-year-old Alberto Arias and 60-year-old Rolando Fraga Hernande. Police also released the identity of victim Navarro Brown, who died at a hospital shortly after the accident.

The bridge was under construction when it collapsed onto a major highway, killing at least six people. Authorities say at least four more vehicles remain entangled in the rubble.

Investigators are still trying to determine why the bridge failed.