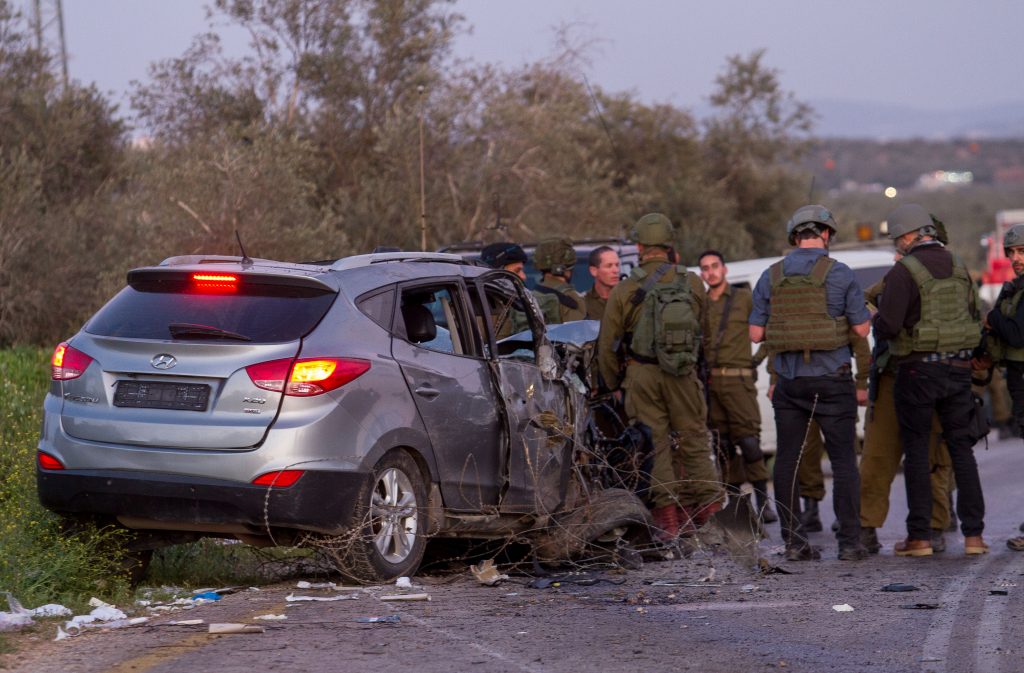 The names of two IDF soldiers who were murdered in a terror car-ramming attack Friday were released Motzoei Shabbos. They were Natanel Kahalani H”yd, 20, of the northern Israeli moshav of Elyakim, and Ziv Daos, Hy”d, of the central Israeli town of Azor. The levayah for Kahalani was held Motzoei Shabbos in his moshav. The levayah for Daos was set to take place Sunday. One of the injured soldiers was in “very serious” condition, doctors at Beilinson Hospital in Petach Tikvah said, while the second was in moderate condition.

The two soldiers were killed Friday afternoon when a vehicle driven by an Arab hit them as they got out of an army jeep near Mevo Dotan in northern Shomron. Two other soldiers were injured in the incident. The Arab hit them when they were on the side of the road, making it clear that it was a terror attack, IDF officials said. The Arab driver was injured and was taken to an Israeli hospital, where he is being questioned by Israeli security officials.

Both Hamas and Islamic Jihad congratulated Ala Ratab Kabha, the 27-year-old terrorist, for the attack. Kabha was released from prison after a 17-month sentence for security violations. Speaking to Ha’aretz, Kabha’s father said he was “positive” that the incident was an accident, as his son did not belong to any terror organizations. However, the Shin Bet Motzoei Shabbos said that under questioning, Kabha admitted that he had committed the car-ramming as a terror attack.

Speaking Motzoei Shabbos, Prime Minister Binyamin Netanyahu said that “our thoughts and prayers are with the families of the victims of this terrible attack that happened right before Shabbos. I send my condolences to the families of the victims, and my prayers for a speedy recovery for the injured. I have instructed security forces to find those who assisted in carrying out this attack.”

“We will not rest until we have brought all those involved in this attack to justice,” Netanyahu said, adding that he would order the demolition of the house of the terrorist. IDF soldiers early Saturday raided the terrorist’s home village of Barta’a, located in Wadi Ara. One suspect was arrested, and soldiers collected several illegal weapons that they discovered. They also mapped out the location of the house, the first step in preparing it for demolition.