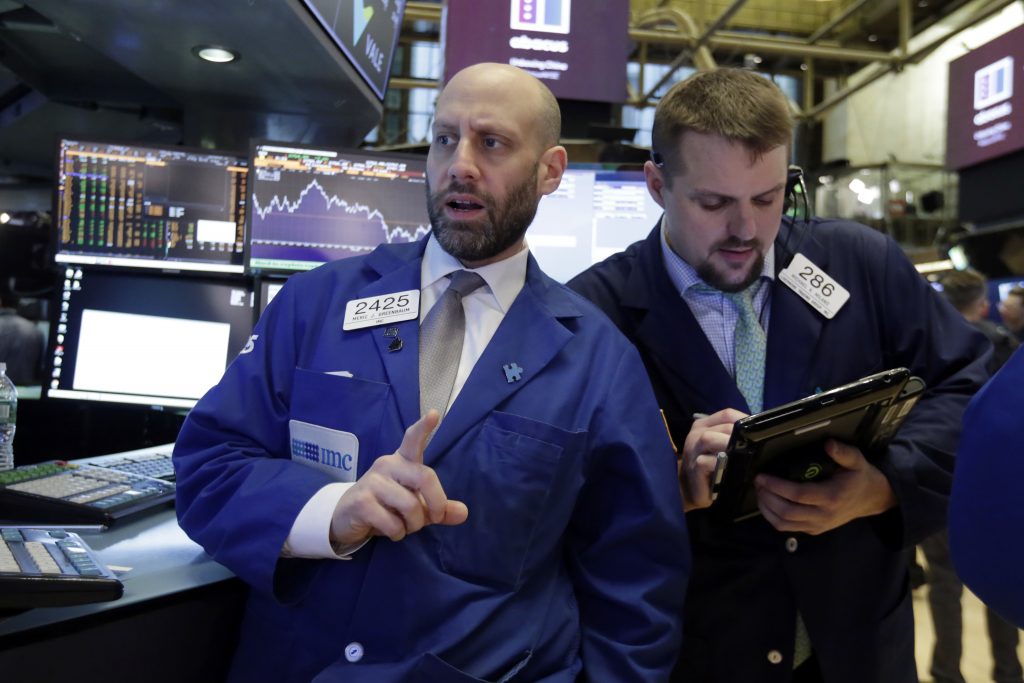 U.S. stocks are rising Friday as industrial companies and banks make gains. While retailers are mostly higher, jewelry chain Tiffany is falling after a weak sales report and disappointing forecast. The S&P 500 has slipped for four consecutive days and is still down 1 percent this week.

GEM STONED: Tiffany dropped $4.81, or 4.7 percent, to $97.90 after it reported weaker sales than analysts had expected. Its forecast for the current year was also below what investors were looking for. Also sinking was Hibbett Sports, which posted a smaller profit than analysts had hoped for and also forecast disappointing sales. The stock gave up 60 cents, or 2.76 percent, to $21.90.

OVERSTOCK SINKS: Online discount retailer Overstock.com said profit margins have fallen hard because of competition with Wayfair, and CEO Patrick Byrne said the company will “respond in kind,” meaning Overstock will try to ramp up its growth and will be willing to lose money to achieve that goal. The stock dropped $4.91, or 10.2 percent, to $43.29 while Wayfair lost $5.96, or 7.1 percent, to $78.

MORE DEAL TALKS: While Broadcom is no longer trying to buy rival chipmaker Qualcomm, both companies are still at the center of deal discussions. The Financial Times reported that former Qualcomm chairman Paul Jacobs wants to take the company private and has had talks with potential investors and the Qualcomm board. Qualcomm added $1.15, or 1.9 percent, to $61.04, which gives it a market value of about $94 billion.

Broadcom withdrew a $117-billion offer for Qualcomm on Wednesday after President Donald Trump blocked the deal, but the company says it still sees opportunities for other deals. The company also disclosed its quarterly results, and its shares fell $10.86, or 4.1 percent, to $61.04.

INDICATORS: The Federal Reserve said factory output continued to rise as companies in the U.S. produced more cars, computers and furniture. It reported that manufacturing output rose 1.2 percent in February after three months of weak results. Factory output has increased 2.5 percent over the last year.

The Commerce Department said homebuilders started work on fewer apartment buildings in February, and that caused overall housing starts to drop 7 percent. Builders have shifted their efforts to single-family homes recently as the economy has improved.