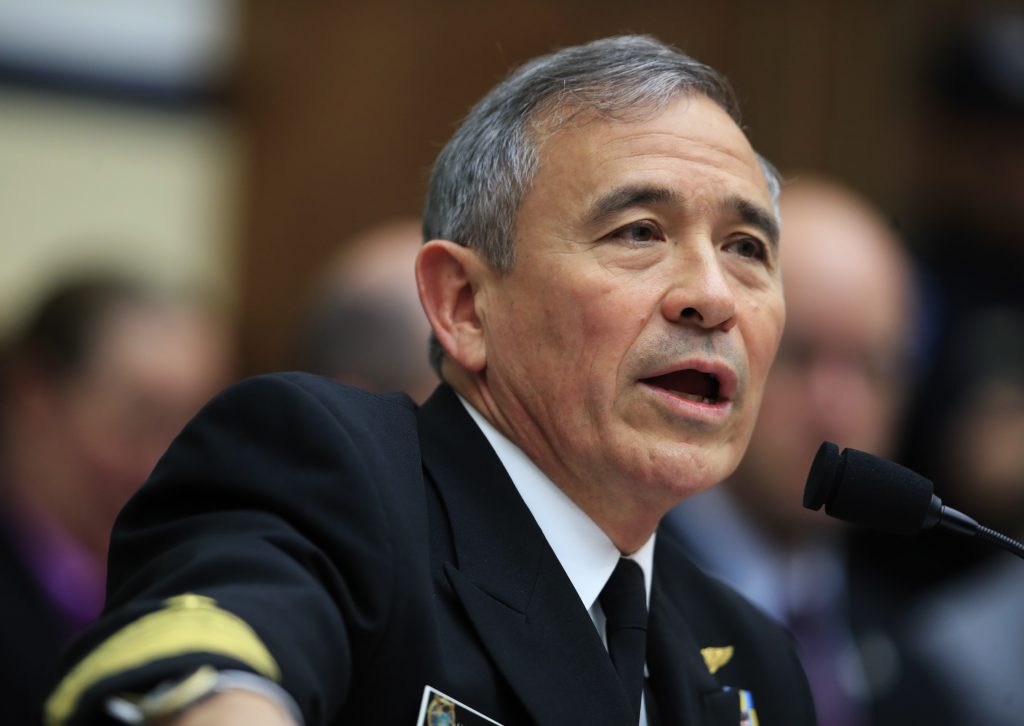 China’s removal of presidential term limits could see leader Xi Jinping stay in power for decades, the commander of U.S. forces in the Pacific said Thursday. Adm. Harry Harris said he viewed the move as a harbinger of the authoritarian nation’s direction and the strategic threat it poses to America.

Harris voiced concern at a congressional hearing over the constitutional change endorsed by China’s rubber-stamp parliament, saying it indicated the kind of country it’s becoming. He adopted a tougher stance than the White House, which has declined to weigh in on the issue.

Harris, who is President Donald Trump’s nominee to become ambassador to Australia, said it was possible that Xi could still be president when China marks the centennial of communist party rule in 2049.

“China has taken advantage of our openness,” Harris told the Senate Armed Services Committee. “Our hope in the past has been that if we bring China into organizations like the World Trade Organization and include China in our military exercises and the like, that somehow China will become like us.”

“The reality is that’s simply not true. China has taken advantage of our openness … to continue the path that they’ve always been on, and we’re seeing that play out now in 2018. Certainly over the next 20 years or so that will be a concern,” Harris said.

His comments of Xi’s political future were notably tougher than the White House, which said this week that the removal of term presidential limits is China’s business. Mr. Trump has even quipped, “Maybe we’ll give that a shot someday.”

Harris said China seeks regional hegemony and wants to push America out. He said China’s development of hypersonic glide weapons and stealth fighter jets poses a significant threat to the U.S. He also expressed concern about China’s militarization of islands it has built in the disputed South China Sea, and its acquisition of icebreaker ships although it has no Arctic border.

The Pacific commander did credit China, which is North Korea’s main trading partner, for its implementation of U.N. sanctions against the pariah nation. He said the pressure campaign was a “big part” in North Korean leader Kim Jong Un seeking a summit with Mr. Trump.

Nevertheless, Harris said if the U.S. was to get bogged down in a conflict with North Korea, China could take strategic advantage of the situation.