Business When Will the Sales Begin? And Other Toys R Us-Related Questions, Answered
Business 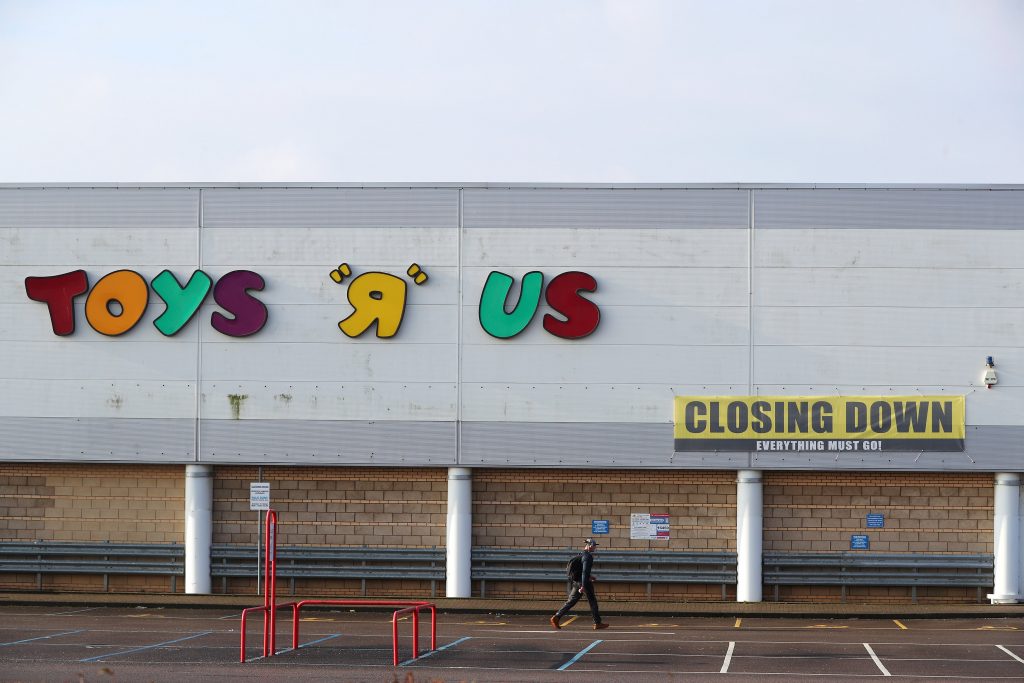 Big-box chain Toys R Us, which filed for bankruptcy late last year, is planning on closing or selling all 800 of its U.S. stores in the coming months. The company says it was burning through $50 million to $100 million in cash a month as it struggled to pay back billions in debt.

“The stark reality is that [Toys R Us is] projected to run out of cash in the U.S. in May 2018,” the company said in a court filing on Thursday.

Bankruptcy lawyers say the chain, which also includes Babies R Us stores, must move quickly. Here’s what’s likely to be in store.

When will the discounts begin?

Very soon, likely in the next week or two, bankruptcy lawyers say. Toys R Us, which is awaiting court approval for its liquidation request, has already assembled a collection of liquidation firms to take over its stores and sell off inventory as quickly as possible. Discounts will likely begin on the low end – 25 percent off, say – and increase in coming weeks. But there’s a catch: All sales are typically final once liquidation discounts begin.

“They’re working on a very tight timetable,” said Eric Snyder, chairman of the bankruptcy department Wilk Auslander, a New York law firm. “And their timing could not be worse: March and April are not great times to be selling toys, so they are under pressure to make this work.”

But not all stores may have going-out-of-business sales right away. Toys R Us has said it plans to liquidate 590 stores, but has identified 200 of its best-performing stores that it is trying to sell off with its Canadian operations. Those stores may not be liquidated right away, as a result, Snyder said.

What happens to my gift cards?

Toys R Us says it will honor existing gift cards, as well as its Rewards dollars and Endless Earnings, for another 30 days. After that, you basically risk forfeiting any remaining value.

“Gift cards are always a hot-button issue,” said Josh Friedman, a legal analyst at Debtwire. “Generally speaking, I would just try to use them as quickly as possible. Gift cards aren’t going to last forever, and neither is Toys R Us.”

Bankrupt retailers are not legally required to honor gift cards, although Toys R Us and Babies R Us stores have continued to accept them following their September bankruptcy filing.

It was not immediately clear what would happen to customers’ layaway plans or baby registries.

When will stores actually begin to close?

Toys R Us has said it will pay employees for another 60 days, which it is required to do by law. But bankruptcy lawyers say some stores could shut down even sooner than that, as the company winds down its operations. The closures, bankruptcy experts say, are likely to create mounting headaches for landlords and shopping malls, which are already struggling with high vacancy rates.

“You’re looking at hundreds of landlords that will now have big empty spaces,” Snyder said. “That will have an enormous impact on shopping malls and stand-alone centers.”

Will the ‘Toys R Us’ name cease to exist?

Probably not. Toys R Us is looking for a buyer for its Canadian arm, which is in better financial shape than the company’s U.S. Operations, and still has stores in central Europe and Japan. (The company said this week it would close all of its U.K. stores, and it is preparing to take similar action in Australia, France, Poland, Portugal and Spain.)

“The Toys R Us name is not going away – that’s the part of the business that has value,” said Friedman of Debtwire.

The retailer is also hoping to find a buyer for its website, as well as some of its more successful U.S. locations. Buyers are already showing interest: Isaac Larian, the chief executive of toy giant MGA Entertainment, on Wednesday submitted a bid to buy Toys R Us’ Canadian arm, which includes 82 stores, according to Larian. He added that he is also looking into buying as many as 400 U.S. stores, which he would seek to operate under the Toys R Us name.

“There is no toy business without Toys R Us,” Larian said, noting that he sold his first product to the chain in 1979. “It’s a big deal and I’m going to try to salvage as much of it as possible.”