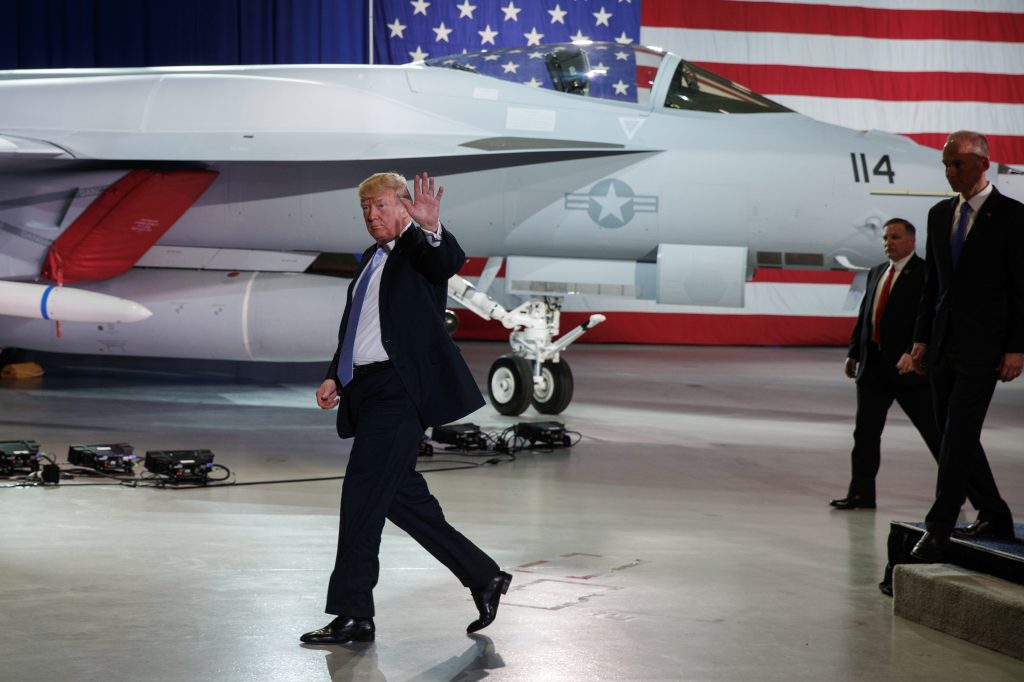 President Donald Trump continues to insist the United States has a trade deficit with Canada, following news reports that he claimed at a fundraiser that he talked trade with the country’s prime minister without knowing all the facts.

Trump wrote on Twitter Thursday: “We do have a Trade Deficit with Canada, as we do with almost all countries (some of them massive). P.M. Justin Trudeau of Canada, a very good guy, doesn’t like saying that Canada has a Surplus vs. the U.S.(negotiating), but they do…they almost all do…and that’s how I know!”

Trump, who routinely inflates trade deficits, has previously complained about a trade deficit with Canada even though the U.S. runs an overall surplus with that country, when the value of services is included in the calculation.

Trump spoke about trade during a fundraising speech in St. Louis on Wednesday, according to audio obtained by The Washington Post. The paper reports that Trump said he freestyled with the facts when talking trade with Trudeau.

Trump said Trudeau told him there was no trade deficit. Trump said he replied, “‘Wrong, Justin, you do.’ I didn’t even know. … I had no idea. I just said, ‘You’re wrong.'”

Trump claimed the figures don’t include timber and energy.

Canadian Foreign Affairs spokesman Adam Austin said, in an emailed statement, that the countries “have a balanced and mutually beneficial trading relationship.” He added: “According to their own statistics, the U.S. runs a trade surplus with Canada.”

The Office of the United States Trade Representative says the U.S. has a trade surplus with Canada.