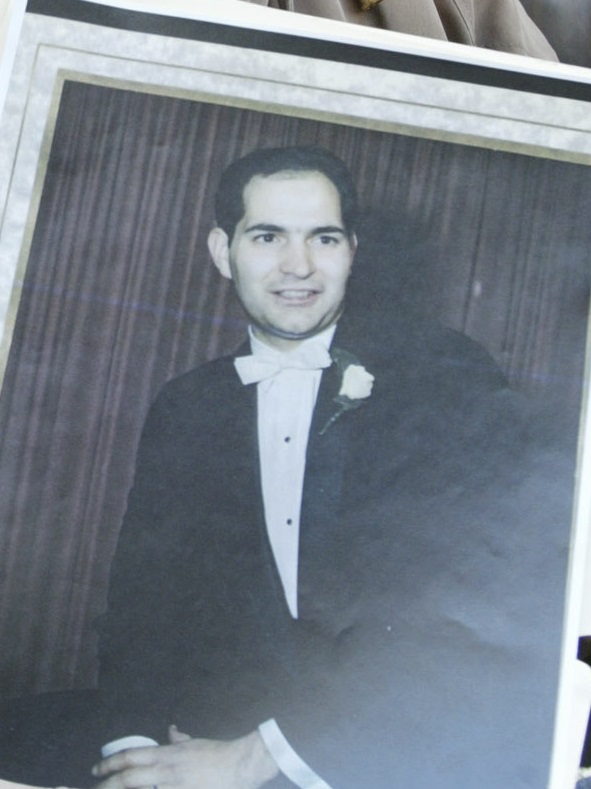 Police groups around the state were outraged Wednesday night as a former member of a black radical group who was convicted in the 1971 killings of two police officers in Harlem were granted parole after 44 years behind bars.

Herman Bell’s crime crystalized an era when militant groups declared war on authorities. But his supporters said the 70-year-old was a model inmate who deserved freedom. But the family of one of his victims, the New York police union and some lawmakers called Bell’s parole an affront to police who sacrificed their lives for public safety.

“It trivializes and condones the premeditated assassinations of NYPD Officers Joseph Piagentini and Waverly Jones,” O’Neill penned. “It also reopens the wounds suffered not just by these heroic officers’ relatives, but by the entire law enforcement community and all of civil society. … The officers were drawn into a trap for the purpose of killing them and fomenting social unrest. It was a horrific assault on the basic underpinnings of our society.”

O’Neill also noted that Piagentini was shot 22 times, “including with his own service revolver — as the dying officer pleaded for his own life.”

“Over the past 47 years, [Bell] has never expressed genuine remorse,” the police chief said. “And the parole board’s unjust and irresponsible decision today renders the life portion of that sentence meaningless. My position is simple: We don’t have the death penalty in New York, but there has to be something more permanent than eventually getting released if you murder a police officer. Herman Bell’s victims — targeted solely for the blue uniform they wore — can never be paroled from death.”

Bell had been denied parole seven times before. But a parole board said Bell’s “debt has been paid to society” after he admitted his crime, was productive in prison and amassed supporters including relatives of one of the slain officers.

“Your crime represents one of the most supreme assaults on society,” the panel wrote, but his release will “denote rehabilitation as core to our system of criminal justice.”

Bell remains behind bars at an upstate prison until at least April 17. His lawyer, Robert J. Boyle, said he had satisfied all the criteria for parole and “in our view, justice was served.”

Officers Waverly Jones and Joseph Piagentini were shot multiple times after responding to a report of a domestic dispute at a Harlem public housing complex on May 21, 1971. Prosecutors said it was a trap set by Bell and co-defendant Anthony Bottom, who also was convicted and is serving 25 years to life but is due for a parole hearing in June.

Bell and Bottom were members of a violent offshoot of the Black Panther Party called the Black Liberation Army. The group sanctioned symbolic killings of police officers, regardless of their race, in New York and California and robbed banks to finance its activities, authorities have said.

For years, Bell, Bottom and a co-defendant who has since died in prison claimed they were innocent and had been framed by the FBI. Declassified documents show the federal agency had initiated a covert campaign to infiltrate and disrupt the Black Liberation Army and other violent radical movements.

In 2007, Bell and Bottom accepted plea deals and got probation sentences for their roles in the killing of San Francisco police Sgt. John Young inside a stationhouse in his city in 1971.

Then, in 2012 New York parole board interviews, both men admitted their roles in killing Piagentini and Jones.

In a parole board interview this month, Bell said “there was nothing political about the act, as much as I thought at the time.”

“It was murder and horribly wrong,” he said, according to the parole board decision. “It was horrible, something that I did and feel great remorse for having done it.”

That didn’t change Diane Piagentini’s opinion of his release, which she said “devalues the life of my brave husband.”

“How can we ask our police officers to risk their lives to protect society when society fails to appropriately punish their animalistic killers?” she said in a statement released by the Patrolmen’s Benevolent Association, a city police union.

Some state Republican lawmakers held a press conference in January exhorting New Yorkers to sign a petition opposing Bell’s release. Republican Rep. Pete King, whose father was a police lieutenant who attended the officers’ funerals in 1971, on Wednesday called Bell’s parole “a shameful insult” to their memory.

But Jones’ family backed Bell’s release. The slain officer’s son, Waverly Jones Jr., told the Daily News in 2014 that keeping Bell incarcerated “would only be for revenge.”

In prison, Bell has earned bachelor’s and master’s degrees, counseled other prisoners and been a pen pal for homeless children. He has a number of offers for work, according to the parole board’s decision and his lawyer.

The decision comes about a year after a New York parole board denied release to former Weather Underground radical Judith Clark, who drove a getaway car in a bungled 1981 armored-car robbery that led to the deaths of two Nyack police officers and a security guard. Gov. Andrew Cuomo had commuted Clark’s sentence to make her eligible for parole.