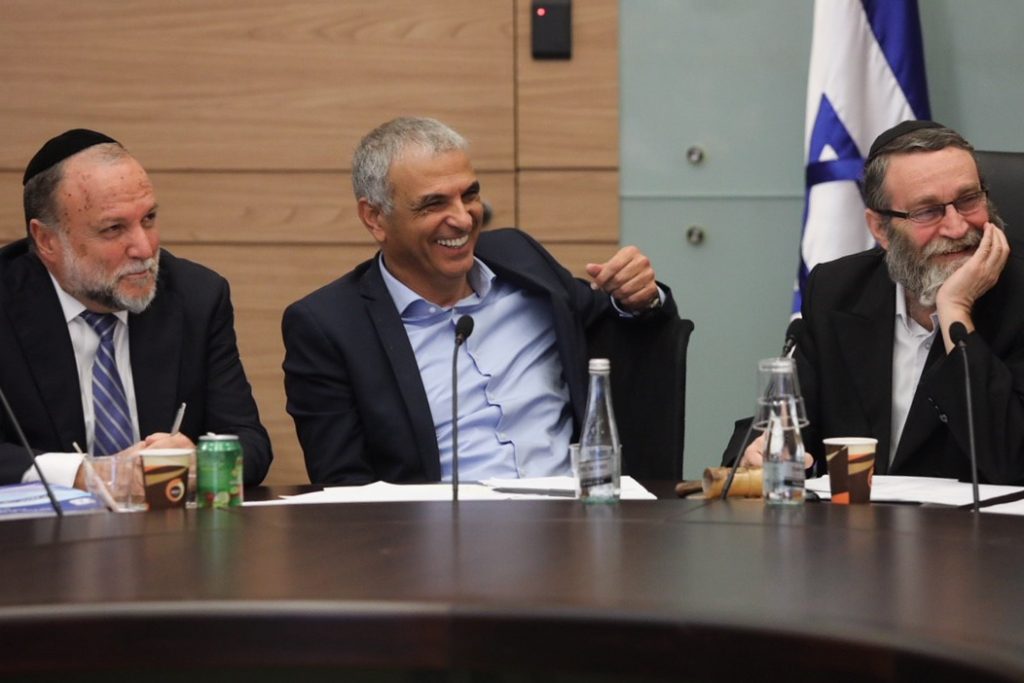 The Knesset passed on its second and third reading the state budget for 2019. The budget passed with 63 MKs voting in favor, and 54 against. The total NIS 479. 6 billion budget for 2019 is 4.3 percent higher than the amount spent by the state in 2018, and 24.3 percent more than the budget level in 2015. The Knesset will be able to spend even more – as much as NIS 134.7 billion more – if the economy grows at the 3.1 percent the Bank of Israel expects during the coming year.

Three coalition votes – including Likud MKs Yehuda Glick and Oren Hazan – were absent from the tally of yes votes for the budget. Glick voted against the budget because it did not include the increased tax on cigarettes that he had demanded, while Hazan was absent, having been suspended for failing to vote with the coalition on the Draft Bill earlier this week. Prime Minister Binyamin Netanyahu was also absent, as he was said to not be feeling well.

The Defense Ministry gets the most money – NIS 72.8 billion – in the new budget, with increased allocations for education (NIS 64.4 billion), higher education (NIS 46.6 billion), health (NIS 42.4 billion) and the National Insurance Institute (NIS 46.5 billion), all of which saw their budgets increased over the previous budget. Among the new items being funded for the first time are state-funded nursing home care for the elderly, a program to allow Israelis to move accounts between banks within minutes, a program to reduce the use of cash in the economy, more competition in the communications sector, and increased grants to individuals and businesses to encourage greater workforce participation.

Speaking before the vote, Finance Minister Moshe Kahlon told MKs that he was happy that the budget had passed. “Last week I said I would resign my post if the budget had not been passed by Pesach, so I am happy that I can remain on the job and continue to serve the country. I believe that both the coalition and opposition realize that this is a good budget, with many additions that will benefit all citizens. I know the opposition believes that even more should be dedicated to social issues, and I agree, but our resources are limited.”

According to the law, the government had until next January to approve the 2019 budget, and several opposition MKs, including Zionist Camp head MK Yitzchak Herzog, criticized the move. Knesset Finance Committee Chairman MK Rabbi Moshe Gafni said that “passing the budget this early was indeed a difficult decision, because it is difficult to predict the rate of growth over the next year. But the benefit to the state – of increased stability, especially – makes passing the budget now a worthwhile effort. The budget is a very good one, with increased funding for healthcare, education, security and social benefits. Plus, it reduces taxes.”