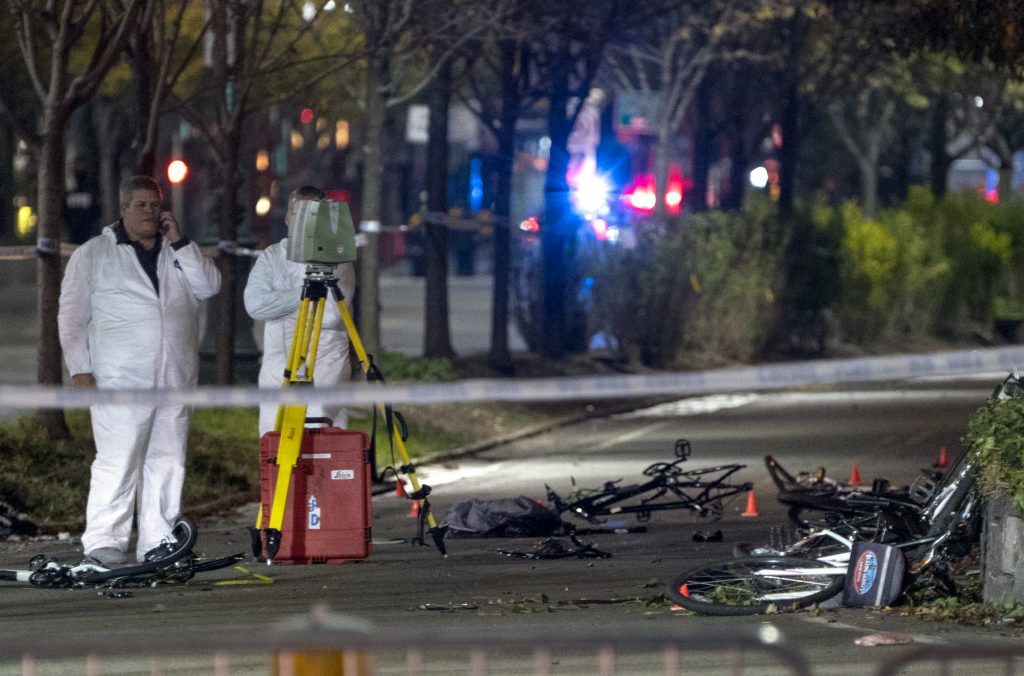 Italian police, acting on a tip from the FBI, said on Thursday they had arrested a 24-year-old man suspected of preparing a pipe bomb.

A statement said the man, an Italian citizen of Latvian origin, had used social media to praise Sayfullo Saipov, the suspect charged with killing eight people with a speeding truck in New York City last year.

The FBI told Italian police about the social media activity, the statement said. A police search of the man’s apartment in the city of Viterbo, north of Rome, found material used to assemble a pipe bomb.

It included a cardboard cylinder filled with an undetermined type of powder, glue, and many small coins. Police also found two air pistols and weapons used in hand-to-hand combat such as brass knuckles.

The man was arrested on Monday and charged with possession of explosive material. The arrest was made public after a judge extended a detention order on Thursday.

Saipov, an Uzbek immigrant, was arrested immediately after the Oct. 31 attack in which he plowed a truck down a bike lane on Manhattan’s West Side. The Islamic State terror group claimed responsibility for the attack, which was the deadliest assault on New York City since Sept. 11, 2001.

In November, he pleaded not guilty to murder and other criminal charges.