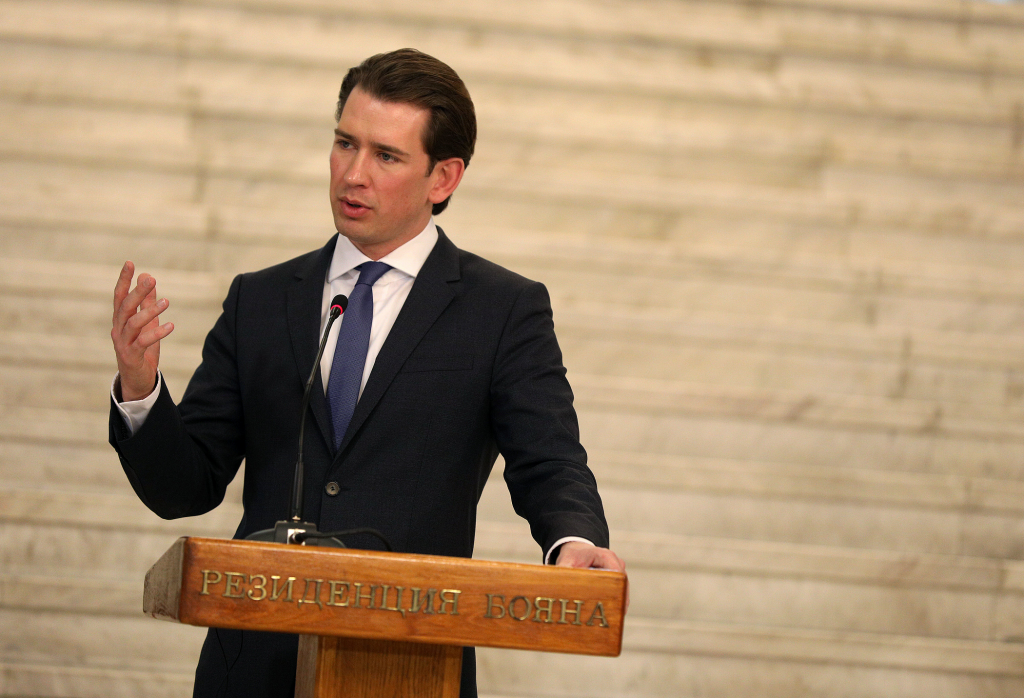 Israeli Prime Minister Binyamin Netanyahu applauded on Thursday a speech made by Austrian Chancellor Sebastian Kurz marking the 80th anniversary of Austria’s annexation by Nazi Germany, in which he accepted his country’s part in the crimes of the Holocaust.

“I welcome the powerful speech of Chancellor Kurz and his determination to combat anti-Semitism,” Netanyahu said in a statement. “We attach great importance to his intention to advance a series of government decisions regarding Holocaust education and commemoration.”

“Thank you, Sebastian, for your leadership,” the prime minister said.

Kurz said the legacy of the Holocaust continues to “shame and afflict” Austria, and stressed the importance of memorializing the genocide. He is seeking cabinet approval for establish a memorial to Holocaust victims in the center of Vienna.

In striking contrast to Polish leaders who recently passed a law making it a crime to accuse Poland of wartime atrocities, Kurz admitted Austria’s active participation in Nazism:

“The film clips of the time show us enthusiastic women and men who welcomed the Nazi regime out of inner conviction,” Kurz said, with his vice chancellor, Heinz-Christian Strache — the head of the far-right Freedom Party, begun in the 1950s by former Nazis — looking on, The Jerusalem Post noted.

“Austria used to see itself as the first victim of National Socialism. That is certainly true for all those who fought in the resistance, whom we cannot thank enough, and who will always be shining examples,” Kurz said.

“But… the ones who stood in such great numbers and celebrated in March 1938 in Heroes’ Square were no victims,” he said.

Kurz stated that the Polish state “murdered over 60,000 Jews and displaced around 130,000 from their homes.”

Kurz acknowledged it has taken Austria a long time to be “open and honest” about its past.

“We have realized that Austria was not only a victim but also a perpetrator, and we have followed up on this realization with concrete actions. But Austria has looked away for too long and has fulfilled its historical responsibility too late.”

The director-general of the Foreign Ministry, Yuval Rotem, hailed the speech as “important,” as did Austrian Ambassador Martin Weiss.

“This is a speech that doesn’t mince words; it does not lack in clarity,” Weiss said.

The Israeli government has thus far refused to engage with Kurz’s senior coalition partner, the Freedom Party, due to its Nazi past.

Prime Minister Netanyahu made no mention, however, of any change in that policy.