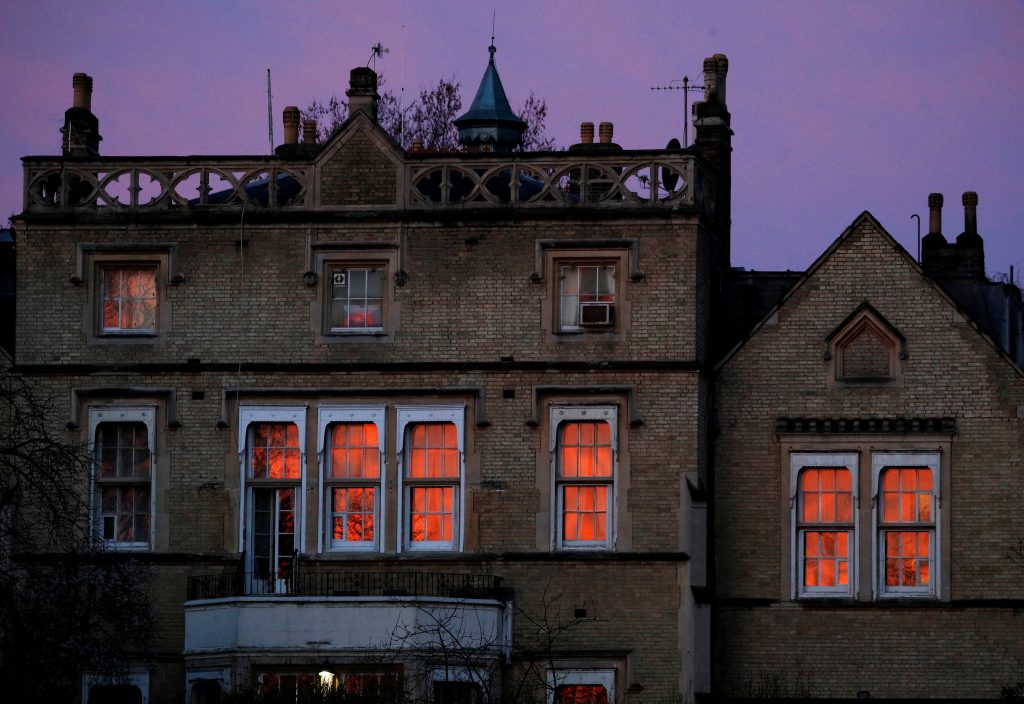 Prime Minister Theresa May’s response to Russia after a nerve agent attack on British soil is unlikely to trouble Kremlin chief Vladimir Putin unduly, despite the expression of outrage that greeted it in Moscow.

After the first known use of a military-grade nerve toxin on British soil since World War II, May expelled 23 Russian spies using diplomatic cover and promised to freeze Russian State assets if they were used to threaten British interests.

May also said Britain would work on new powers to defend against hostile state activity, beef up counterespionage powers and cut back official participation in the World Cup. Other measures may be considered, she said.

But her announcement, just days before an election in which Putin, a former KGB officer, is expected to coast to a fourth term, gave no examples of Russian officials or companies that would be targeted or barred from London’s financial center.

London remains open to Russian investment, albeit with a political chill. Other than the expulsions, May went no further than current EU sanctions which include travel restrictions and asset freezes against 150 people and 38 companies.

“The Kremlin will understand this as a very mild response,” said Mathieu Boulègue, a Russia expert at Chatham House think-tank in London. “Putin is unlikely to be worried by this.”

A senior British government official said further options remained on the table: “Economic, diplomatic, legislative, and our security capabilities can all be brought to bear if needed.”

But after days of full-volume rhetoric from London about the suspected Russian attack and a midnight deadline that Moscow scorned, May has shown just how little appetite Britain has for a fight on the eve of Brexit.

While the United States and European Union joined criticism of Moscow, there was little evidence of any desire in Paris, Berlin or Washington for anything beyond a scolding.

Russia denied any involvement in the attack and declined to say anything about how a Soviet-era nerve toxin ended up striking down a former double agent on the normally genteel streets of the English city of Salisbury.

The Russian Foreign Ministry described May’s measures as a flagrant provocation and promised a speedy response.

Bill Browder, head of Hermitage Capital Management, once the biggest foreign investment fund in Russia, told Reuters that Britain had to be tough or there could be further attacks.

“If the full extent of the British government’s response to this act of state-sponsored terrorism is expelling 23 diplomats and having a few officials not attending the World Cup, there will be a lot more murders on British soil,” Browder said.

Browder led a campaign to expose Russian corruption and punish officials he blames for the 2009 death of Sergei Magnitsky, who he employed as a lawyer, in a Moscow prison.

The widow of Alexander Litvinenko, a former KGB agent who was murdered with the rare radioactive isotope polonium 210 in London in 2006, also said May should have gone further.

“It’s not enough,” Marina Litvinenko told Reuters. “Even though [the reaction] is stronger than it was in [the] case of my husband, it is still not enough.”

If Russia – or Russians – were behind the nerve attack, some of their aims may have been achieved: Britain has shown how little power it is willing to exercise, while Kremlin opponents will be more nervous about retribution.

For many Russian experts, the attack on Sergei Skripal, a former GRU military intelligence officer who betrayed dozens of Russian agents to MI6, was a test for Britain after years of turning a blind eye to the reality of modern Russia.

One of the biggest exports since the 1991 fall of the Soviet Union was money, and London, one of the top two financial capitals in the world, has been a major beneficiary.

London, or “Londongrad” as it is sometimes dubbed, is the Western capital of choice for the oligarchs and Russian officials who flaunt their wealth across Europe’s most luxurious destinations.

France, with its own business ties to Russia, has been more muted on the issue of Russian involvement in the attack on Skripal than Germany or the United States.

“Britain has tied itself up in knots,” said a French official who spoke on condition of anonymity.

“It’s had a very open policy on Russian private investment and émigrés for years and now it wants Europe to offer support in taking steps against Moscow. This is for them [Britain] to respond to. It’s shocking that it happened, but ultimately it’s up to Britain.”