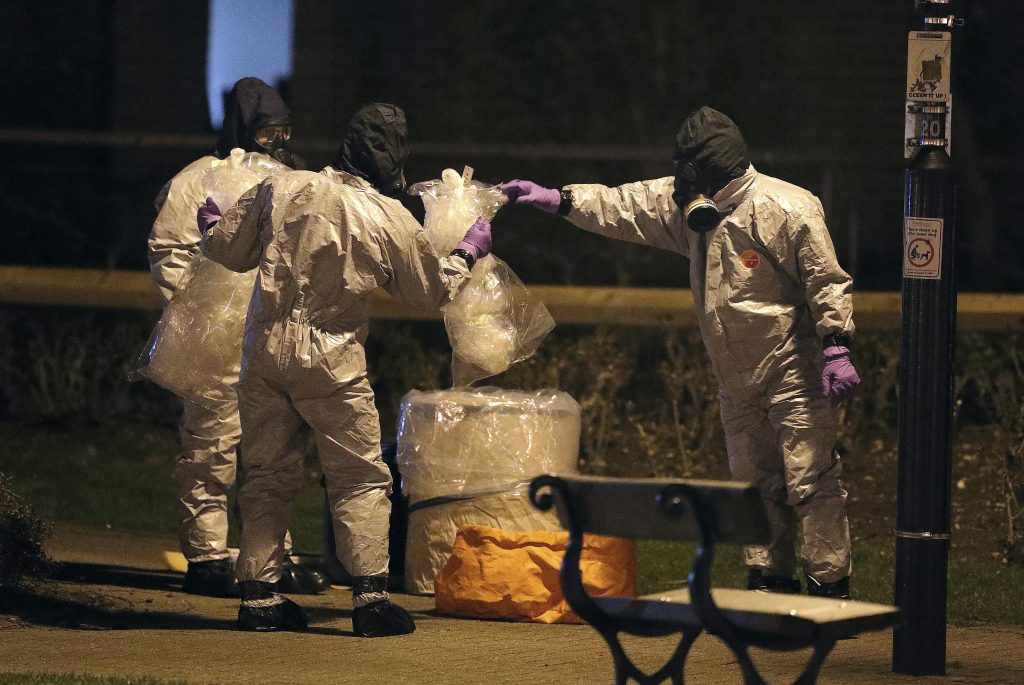 Britain’s prime minister chaired a meeting of the country’s national security council Wednesday after Moscow ignored a midnight deadline to explain how a nerve agent developed by the Soviet Union was used against a former spy in England.

Theresa May is to announce a range of economic and diplomatic measures against Russia in response to the assault on Sergei and Yulia Skripal. The father and daughter remain in critical condition in a hospital in Salisbury, southwestern England.

May said Monday that Russia is “highly likely” to blame, and that Moscow faced “extensive” retaliation if it could not explain how the nerve agent came to be used.

She is due to update lawmakers later on what Britain will do to respond. It is likely to expel Russian diplomats, withdraw British officials from this summer’s World Cup in Russia and impose financial sanctions on Russians linked to President Vladimir Putin.

Moscow said it would not comply with Britain’s demands unless the government provides samples of the poison collected by investigators.

Peskov said Britain has so far only offered “baseless accusations which are not backed up by any evidence” and said Russia would cooperate with the investigation but does not see Britain’s willingness to reciprocate.

Britain has sought support from allies in the European Union and NATO, including the United States. May’s office says President Donald Trump told the prime minister the U.S. was “with the U.K. all the way.”