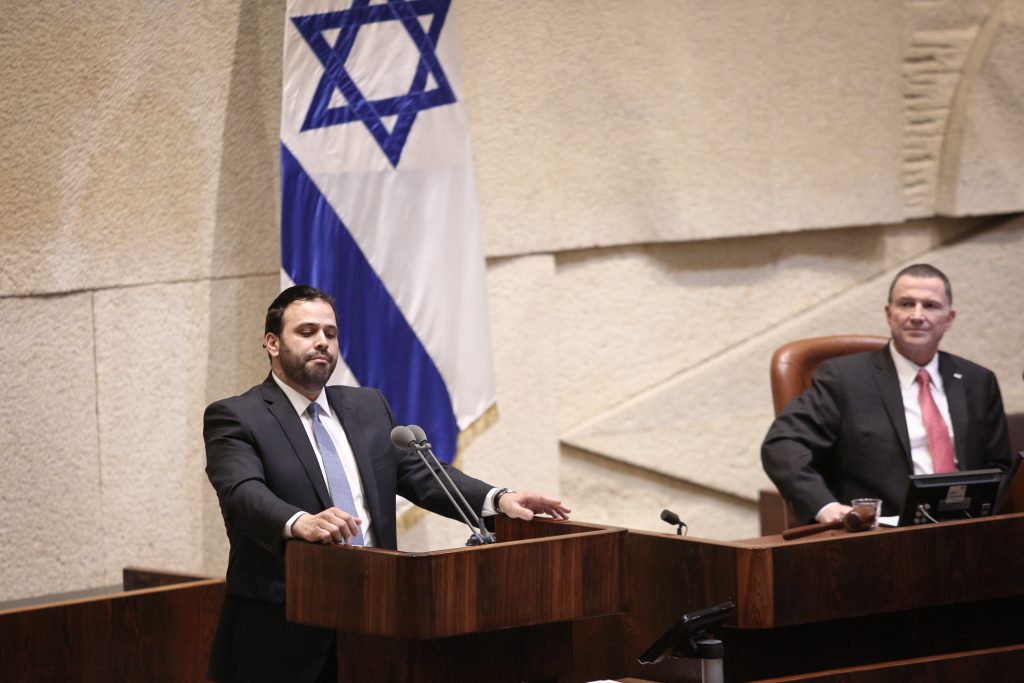 Yinon Azoulay, son of Religious Services Minister MK David Azoulay, took over his father’s Knesset seat on Wednesday, after he resigned it in order to undergo medical treatment for a serious illness.

David Azoulay, 63, said he will however retain his ministerial position “with G-d’s help until the end of the term, with the blessing of the Council of Torah Sages.”

After his swearing-in ceremony, Yinon Azoulay turned to his father in the Knesset and said: “More than once, you told us that if any of your sons go into politics, you will have failed in their [Torah] education. I want to say to you that you have not failed. I may have veered from a particular path (maslul) but not from the way (derech) of Torah.

“G-d willing, we will continue together in good health…to give preference to the poor over the rich, the weak over the strong, the hungry over the well-fed, and above all, bnei Torah.”

Azoulay’s resignation is in accordance with the “Mini-Norwegian Law,” which allows one minister or deputy minister per party to resign from the Knesset, but return when he or she wishes, or if the party leaves the coalition, and the person who entered instead will no longer be an MK.