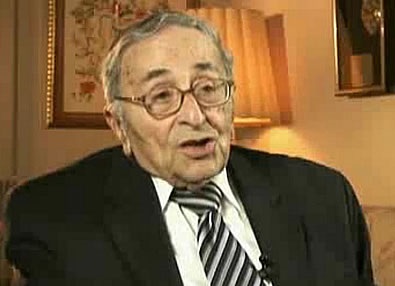 Every so often a Rabbi comes along that not only builds a congregation and serves his congregants, but entirely redefines the playing field.

Rabbi Raphael Pelcovitz, zt”l, who was niftar Wednesday morning at the age of 97, was just such a man. A graduate of Yeshiva Torah Vodaath and a talmid of Harav Shlomo Heiman, zt”l, he served as Rav of Congregation Knesses Yisroel, known as the White Shul, in Far Rockaway for almost five decades. He lived in the Far Rockaway community for even longer.

Rabbi Pelcovitz loved Torah. He took his congregants and imbued them with a love of Torah study, a love of Eretz Yisrael and a love for Klal Yisrael. He was able to imbue others with a love of Klal Yisrael because he loved Klal Yisrael immensely himself. Nita Sobel née Lipstein recalls once when the Pelcovitz family invited the Lipsteins for Shabbos. “He was the warmest, most approachable person you could imagine,” she recalled.

Rabbi Pelcovitz was an extraordinary talmid chacham. The divrei Torah he delivered each week combined depth, erudition, humor and a powerful message that affected people. His translation of the Sforno’s commentary on Chumash has become a classic. His precise footnotes illuminate the Sforno’s words like no other commentary. Before Rabbi Pelcovitz’s translation, people did not even notice that he translated tzfarde’ah as “crocodile” instead of “frogs.”

Rabbi Pelcovitz built Torah in the Far Rockaway-Five Towns community. Under his aegis, the shul grew to be one of the largest in New York, and he served as a role model for Rabbanim across the country.