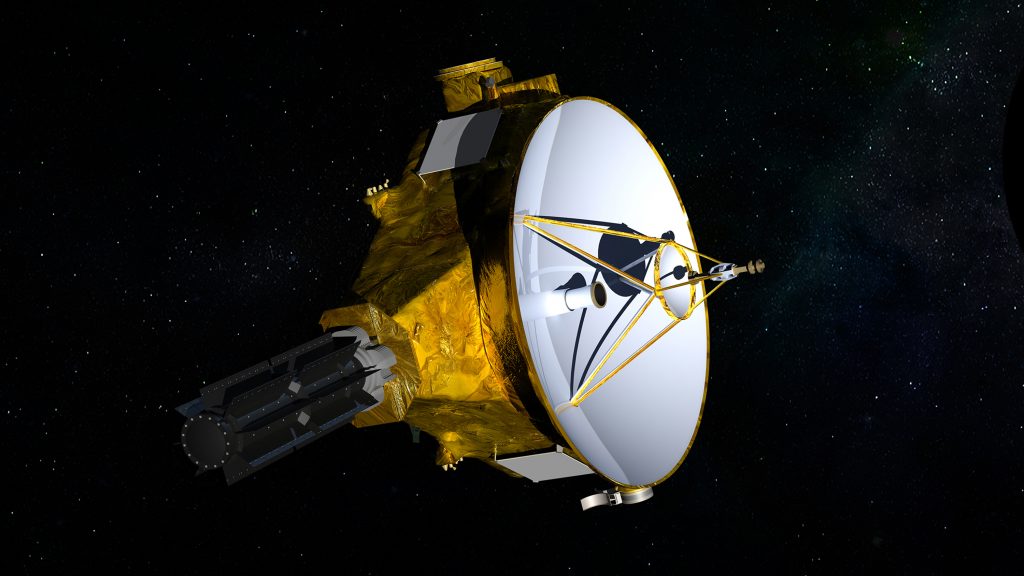 There’s a new nickname for the icy world next up for the spacecraft that explored Pluto: Ultima Thule.

NASA’s New Horizons spacecraft is headed toward a January 1, 2019, encounter with this mysterious object or two, 1 billion miles beyond Pluto on the fringes of our solar system.

“MU69 is humanity’s next Ultima Thule,” New Horizons’ lead scientist Alan Stern of the Southwest Research Institute in Boulder, Colorado, said in a statement. “Our spacecraft is heading beyond the limits of the known worlds.”

New Horizons will fly past Ultima Thule on Jan. 1, making it humanity’s most distant encounter with another world. Discovered in 2014 and more than 4 billion miles from Earth, Ultima Thule is considerably smaller than Pluto, explored by New Horizons in 2015.

Scientists estimate it’s no more than 20 miles across if a single object. If it is two objects orbiting one another, each one might be 9 miles to 12 miles long. There might also be a small moon. No one will know for certain until New Horizons draws closer.

The team will choose a more formal name following the flyby.

For the nickname, more than 34,000 suggestions were whittled down to a list of 37 for public online voting.

NASA and the New Horizons team had the final say. It came down to what seemed most appropriate to the mission and its objectives, said NASA spokesman Dwayne Brown.