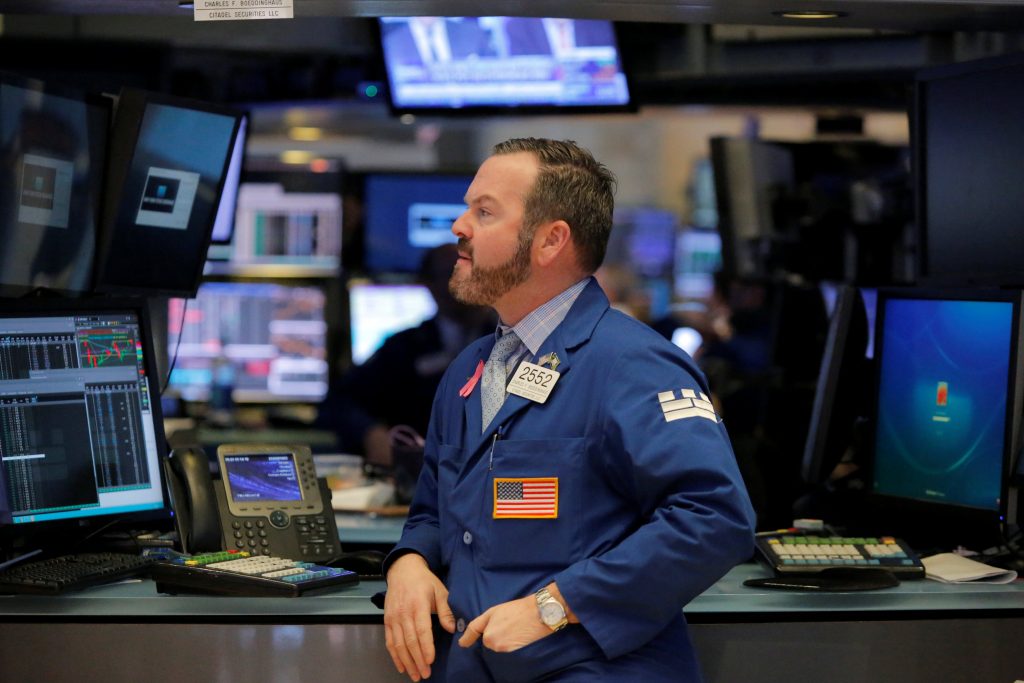 The EU wants an exemption from the tariffs on aluminum and steel imports that Pres. Trump recently announced and has said it could retaliate with tariffs of its own. Meanwhile German Chancellor Angela Merkel said she can’t predict if those talks will succeed.

At the beginning of the month, stocks slumped after Pres. Trump announced his tariff plans. They recovered somewhat after the administration said it would grant exemptions to some countries, but over the last two days Aerospace and defense giant Boeing slid $5.65, or 1.7 percent, to $333.02, and it’s down 6 percent this week. Arconic, which uses a lot of aluminum in the products it makes for aerospace companies, fell 79 cents, or 3.2 percent, to $24.16. Defense contractors including Raytheon and Lockheed Martin also declined, as did airlines.

Meanwhile the Labor Department said wholesale prices rose 0.2 percent in February, a similar pace as the last few months. The agency said prices for services including transportation and warehousing increased. It’s the latest sign that inflation remains in check.

SIGNET TARNISHED: Signet Jewelers plunged after the jewelry retailer gave profit and sales forecasts that were weaker than analysts expected. Signet also said it intends to cut at least $200 million in spending and will sell its non-prime credit receivables. It will take a loss of about $170 million on that sale. The stock dropped $9.08, or 19 percent, to $38.83.