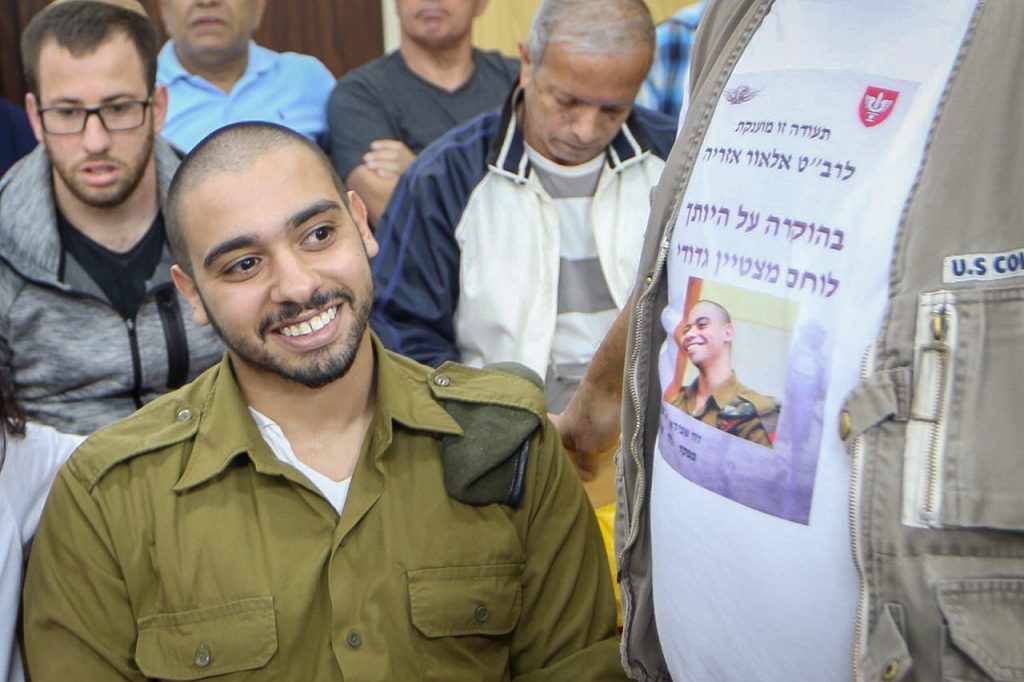 A military parole board on Wednesday heard arguments from attorneys representing former IDF soldier Elor Azaria, and it appeared that the soldier’s punishment could be commuted, if not ended. Prosecutors told the IDF parole board that they opposed the release of Azaria, but would not oppose knocking a third off his sentence. If the parole board decides to do that, Azaria would be released in about two months.

The parole hearing took place at the halfway point of Azaria’s 14-month sentence. Azaria was seeking to be released before Pesach. Regarding the actions that placed him in prison, Azaria told the board that he maintained that he had shot a terrorist who posed an immediate threat to his fellow soldiers. However, “if I knew then what I know now, I would have acted differently.”

Azaria last month was convicted on charges of manslaughter and conduct unbecoming an IDF soldier, after shooting a terrorist in Chevron on Purim 2016 when the terrorist was neutralized and on the ground, after he had been shot when he tried to stab soldiers. At his trial, defense attorneys stressed Azaria’s sterling record as a soldier, and the fact that the possibility of a further terror attack – in which the terrorist who was on the ground might set off a bomb that he could have been carrying on his person – justified the shooting, or at least provided reasonable grounds for Azaria’s having acted the way he did. The court rejected those arguments, sentencing the soldier to 18 months in military prison, and on appeal reducing the sentence by four months.

In their comments to the panel, prosecutors said that they were “willing to consider releasing Azaria after two-thirds of his sentence is complete, but not before that.” Azaria and his attorney Yoram Sheftel said that the soldier’s imprisonment was “an open wound for the family and for all Israelis. There has never been a case like this in the country’s history.” If the panel decides to release Azaria after two-thirds of his sentence is served, the soldier will go free on May 10th. The board will make its decision known in the coming days, it said.