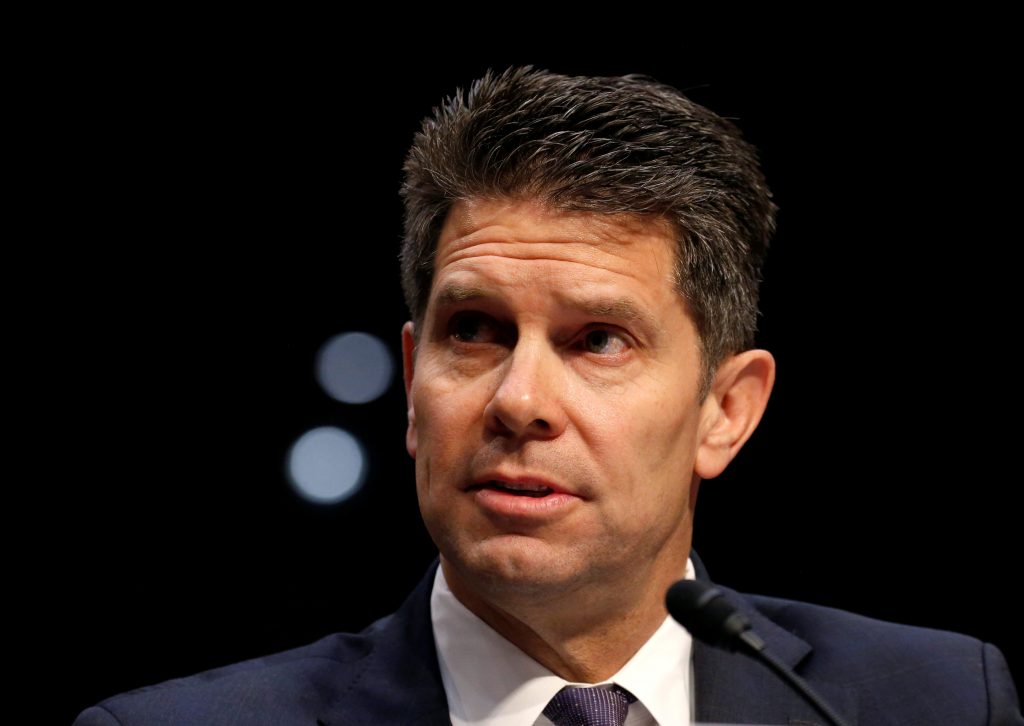 The FBI is doubling the number of supervisors assigned to review tips received from the public, as the agency tries to prevent mass shootings such as last month’s massacre at a Florida high school, the agency’s deputy director said Wednesday.

Testifying before a Senate Committee, Deputy FBI Director David Bowdich said the agency “could have and should have done more” to investigate information it received prior to the shooting that left 17 dead at Marjory Stoneman Douglas High School in Parkland, Florida.

The FBI received at least two credible tips that the suspect in the Florida school shooting had a “desire to kill” and access to guns and could be plotting an attack, but agents failed to investigate.

“While we will never know if any such investigative activity would have prevented this tragedy, we clearly should have done more,” Bowdich told the Senate Judiciary Committee.

The comments came as the House was set to vote on a measure Wednesday that authorizes $500 million over 10 years for grants to improve training and coordination between schools and local law enforcement.

The White House said President Donald Trump strongly supports the bill, which, if approved, would be the first gun-related action by Congress since the Feb. 14 attack.

House Speaker Paul Ryan, R-Wis., said the bill “provides a multi-layered approach” to identify threats so authorities can stop violence before it occurs.

“Tragic violence has no place in our schools. Every American believes that,'” Ryan said. “This legislation will actually take concrete action to prevent that.”

The Senate panel was considering a similar proposal to improve school safety, but much of the hearing focused on law enforcement failures in Florida. Besides the FBI lapses, Broward County, Florida, Sheriff Scott Israel has said his office received more than 20 calls about accused gunman Nikolas Cruz in the past few years.

Sen. Charles Grassley, the Republican chairman of the committee, noted that Israel declined an invitation to testify Wednesday, as did Michael Carroll, secretary of Florida’s Department of Children and Families.

“By thumbing their noses at Congress, Sheriff Israel and Secretary Carroll have let the American people down and also the citizens of Florida they serve,” said Grassley, R-Iowa.

Some Democratic lawmakers sought to expand the focus to include gun control. Sen. Dianne Feinstein, D-Calif., said more and more families are being victimized by mass shootings since a ban on certain semi-automatic weapons she authored expired in 2004.

“This Congress cannot continue to do nothing, because nothing means more lives are lost, including the youngest and the most vulnerable among us,” said Feinstein, the senior Democrat on the Judiciary panel. “High school students are literally begging us to take action to get these guns off the streets and out of our schools.”

As Feinstein spoke, hundreds of students were rallying at the Capitol to urge stricter gun control laws. The rally was part of a nationwide school walkout to protest gun violence following the Florida massacre. A larger rally is planned March 24.

The FBI has acknowledged it mishandled separate tips related to Cruz.

The first tip came last September via email from a person in Mississippi who warned that someone had posted on social media under the username Nikolas Cruz: “I’m going to be a professional school shooter.”

The emailer’s true identity could not be determined and work on the tip was closed about two weeks later, Bowdich said.

In January, the FBI received a call from a woman who identified herself as a close friend of the Cruz family and shared information from Cruz’s social media accounts that concerned her. She also warned that Cruz wanted to kill people, was mutilating small animals and that he was “going to explode.”

The FBI operator who took the call conducted a search of databases and found the closed lead out of Mississippi. The operator then consulted with her supervisor and the matter was closed. Bowdich said he didn’t know why the information was not forwarded to local law enforcement.

“When we make mistakes, we will not hide them, and we are committed, with your help, to doing whatever is necessary to correct our mistakes and prevent tragedies like this one from being repeated,” he said.

Sen. Dick Durbin, D-Ill., said that the FBI is getting about 4,100 tips a day, while it has about 160 people on staff. He expressed concern that more people should be dedicated to that task.

Ryan Petty, whose daughter, Alaina, was killed in the Parkland shooting, told the committee that, “Nikolas Cruz and the deadly danger he posed were the worst-kept secrets in Parkland.”

Petty, his voice shaking with emotion, called on lawmakers to follow the lead of Florida, which just passed legislation that raises the minimum age to buy rifles from 18 to 21; extends a three-day waiting period for handgun purchases to include long guns; and bans bump stocks, which allow guns to mimic fully automatic fire.