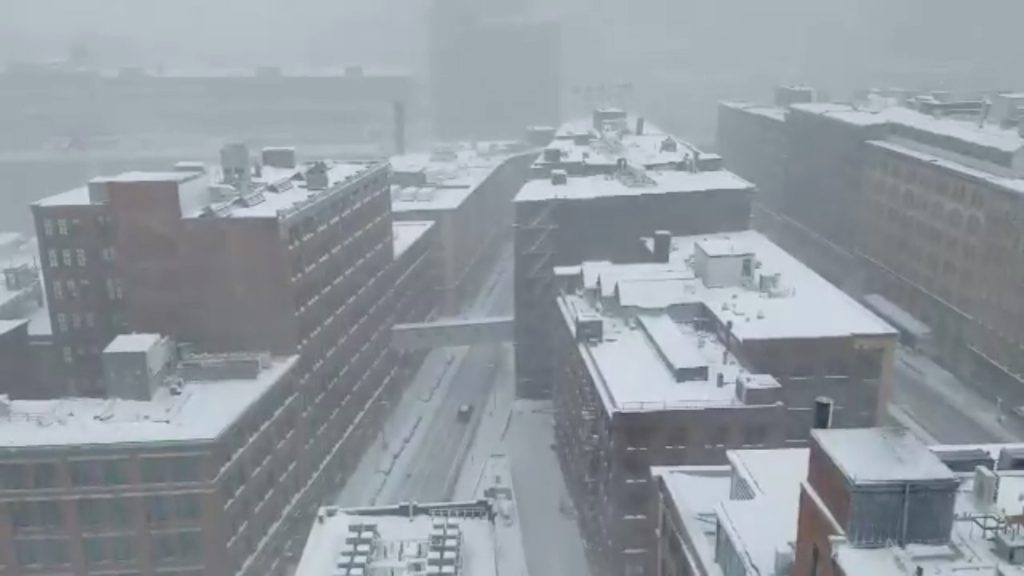 Storm cleanup and the restoration of power to the tens of thousands of residents and businesses without electricity were the focus Wednesday, a day after a fierce nor’easter lashed the Northeast with hurricane-force winds and heavy snow.

With spring tantalizingly close after the switch to daylight saving time, many were left shaking their heads — and wielding shovels they had hoped would not be needed again — after the third major storm in two weeks buried some New England towns beneath 2 feet of snow on Tuesday.

“The groundhog was right. Six more weeks of winter, and probably then some,” said Paul Knight, of Portland, Maine, as snow accumulated on his eyebrows.

About 140,000 customers were without power in Massachusetts on Wednesday morning, while Maine, Rhode Island and Connecticut were also dealing with scattered outages. Utility National Grid, which serves Massachusetts and Rhode Island, said it could be Thursday evening before everyone is back online.

The National Weather Service, relying on trained spotters, says Tuesday’s storm brought more than 2 feet of snow to some communities.

Uxbridge, Massachusetts, was the leader with nearly 28 inches. Foster, Rhode island, got more than 25 inches, while in Connecticut, Killingly had the most with just over 20 inches.

Rochester, New Hampshire, got 25 inches, while Limerick and Newfield, Maine had 23.5 inches each.

High winds and blowing snow led meteorologists to categorize the storm as a blizzard in parts of New England, including Boston. Gusts approached 70 mph on Cape Cod, the weather service said.

Amtrak suspended all service on Tuesday between Boston and New York City. The railroad later announced that most service between the two cities would resume  sometime on Wednesday.