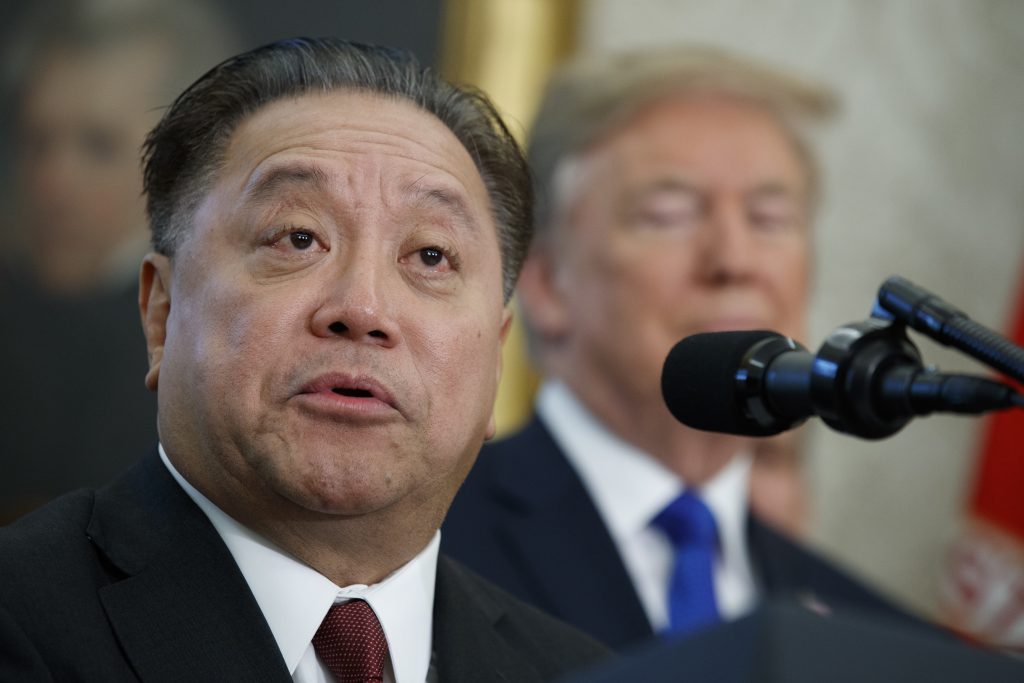 Wednesday’s move is a formality, since the presidential order issued Monday had ensured the deal would be killed in any U.S. regulatory review.

Broadcom Ltd. said Wednesday that it was disappointed with Pres. Trump’s decision. The company withdrew its proposed candidates for Qualcomm’s board, but still plans to move its headquarters to the United States. Broadcom had its headquarters in Irvine, California, until a Singapore-based company bought it in 2015. Qualcomm had rejected Broadcom’s unsolicited offer in February before the government stepped in.

Broadcom’s attempted takeover came as companies around the world are gearing up to build ultra-fast “5G” mobile networks that could tip the balance of power in technology. The technology is expected to provide speeds needed to fuel the “internet of things” like self-driving cars and connected home appliances.

5G remains in the early stages of development. Companies including Qualcomm and China’s Huawei have been investing heavily to stake their claim in the underlying technology.

Broadcom’s ambitions sparked U.S. government concerns over which country will dominate the technology, as well as fears over national security.

Earlier this month, the Committee on Foreign Investment in the United States, which reviews the national security implications of foreign investments in U.S. companies, cited concerns about the proposed Broadcom-Qualcomm marriage.

If the bid had gone through, Broadcom’s penchant for cutting costs such as research spending could have resulted in Qualcomm losing its leadership in telecom technologies, the committee warned.

In addition, lawmakers have expressed concerns in the past about foreign companies gaining a foothold in U.S. telecom infrastructure, which could lead to spying or cybertheft.

Broadcom and Qualcomm are likely to pursue other deals now that Broadcom’s offer has been withdrawn. Qualcomm Inc., which is based in San Diego, is attempting to take over rival chipmaker NXP Semiconductors in a $43 billion deal announced in October 2016. Morningstar analyst Brian Colello expects Broadcom to hunt for more deals once it moves to the U.S.