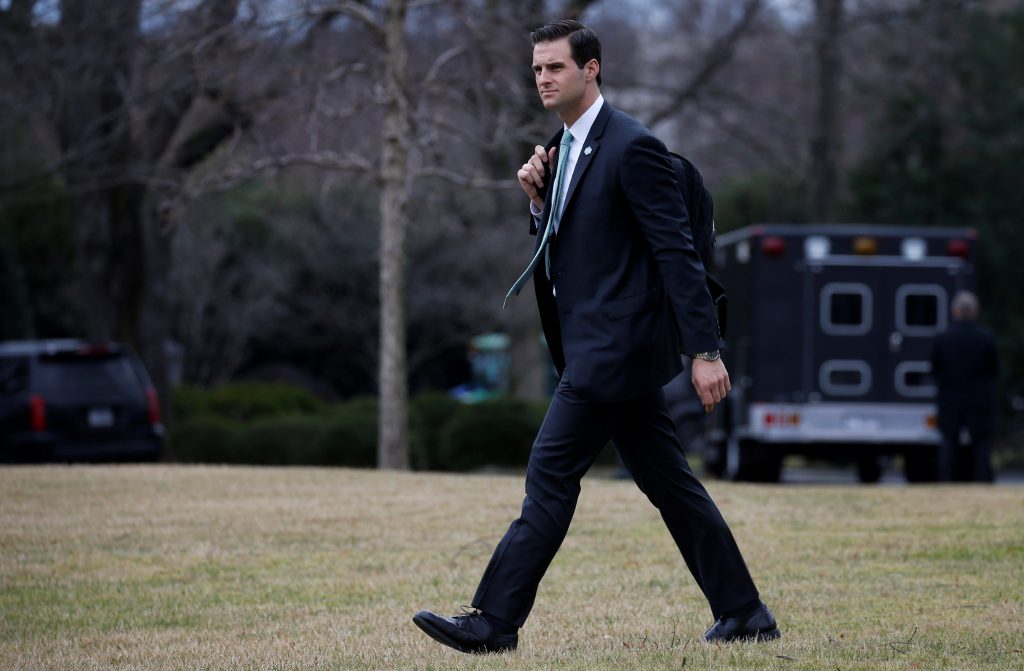 President Donald Trump’s personal aide was removed from the job and escorted out of the White House Monday, though he quickly rejoined the president’s campaign.

John McEntee, who served as the president’s personal assistant, was escorted out, according to two people close to the White House who sought anonymity to discuss private conversations. He was one of a shrinking group of former campaign aides still working in the turbulent West Wing.

Pres. Trump’s 2020 Republican campaign announced Tuesday that he will serve as a senior adviser for campaign operations. White House spokeswoman Sarah Huckabee Sanders declined to comment on the reasons for his departure, saying only that McEntee was going to the campaign.

In response to news reports about McEntee’s exit, Rep. Elijah Cummings, the ranking Democrat on the House oversight committee, sent a letter to chief of staff John Kelly requesting all documents related to McEntee’s employment and departure.

McEntee, who was well liked in the West Wing, occupied a key White House role, never far from Pres. Trump in the White House or on the road. His exit comes after a number of key aides have left the building.

Like Hicks, McEntee was part of a small group of aides that had been with Pres. Trump since his campaign. Their departures could leave Pres. Trump more isolated in his second year in office.