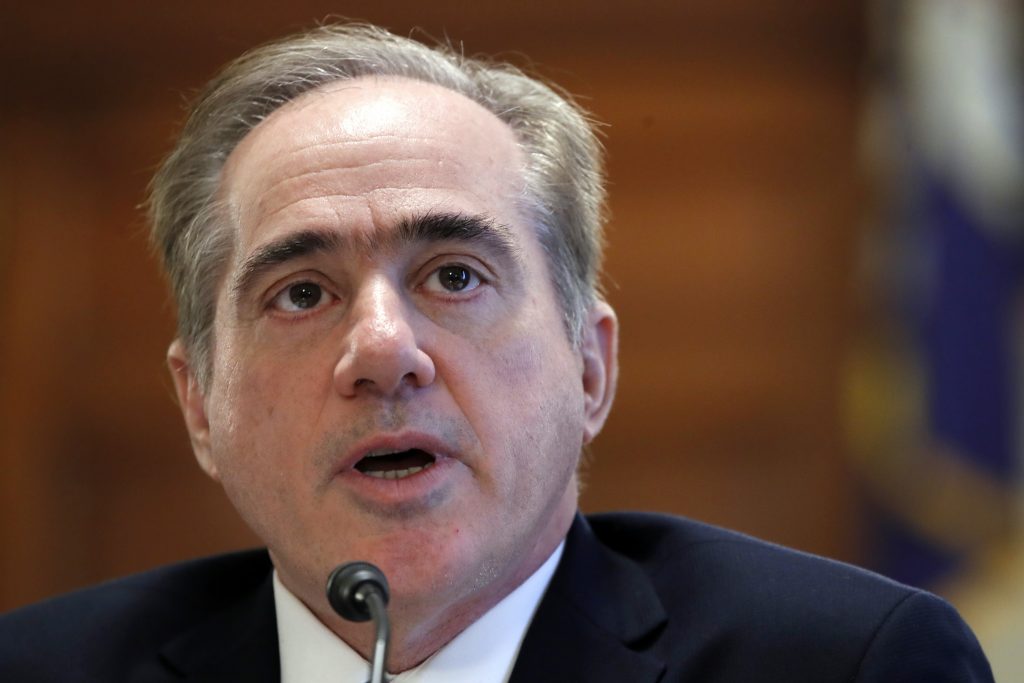 WASHINGTON (AP) – President Donald Trump is considering ousting embattled Veterans Affairs secretary David Shulkin, who has faced an insurgency within his department and fresh allegations that he used a member of his security detail to run personal errands.

Trump has floated the notion of moving Energy Secretary Rick Perry to the VA to right the ship, believing Shulkin has become a distraction, according to two sources familiar with White House discussions. The sources were not authorized to discuss internal deliberations.

Shulkin has faced several investigations over his travel and leadership of the department, but until now has received praise from the president for his work to turn it around. The news comes after Mr. Trump fired Secretary of State Rex Tillerson Tuesday.

Mr. Trump raised the idea with Perry on Monday but did not offer the job to him, according to one White House official. Trump has been angry with Shulkin, the official said, but is known to float staffing changes without always following through.

Shulkin did not respond to requests for comment via phone and text message. He has been holding on to his job by a thread since a bruising internal report found ethics violations in connection with his trip to Europe with his wife last summer.

The VA inspector general also is looking into a complaint by a member of Shulkin’s 24-7 security detail that he was asked to accompany the secretary to a Home Depot and carry furniture items into his home, according to two people familiar with the allegation who requested anonymity to discuss an ongoing investigation.

Within the agency, a political adviser installed by Trump has openly mused to other VA staff about ousting the former Obama administration official. And a top communications aide has taken extended leave following a secret, failed attempt to turn lawmakers against him.

“The honeymoon is ending with a crash that hurts veterans most of all,” said Paul Rieckhoff, founder and CEO of Iraq and Afghanistan Veterans of America, who has been a close observer of VA for more than a decade. “VA always has bad news, but Shulkin’s ethical and leadership failures are still significant — despite any internal attacks.”

Senior administration officials describe a growing frustration that Shulkin repeatedly ignores their advice, only to beg for their help when he runs into ethical trouble. The officials, who spoke on condition of anonymity in order to describe sensitive internal discussions, say Shulkin has been given a final warning to end the swirl of distractions.

The administration is currently seeking to push Mr. Trump’s agenda of aggressively expanding the Veterans Choice program, which major veterans groups worry could be an unwanted step toward privatizing VA health care.