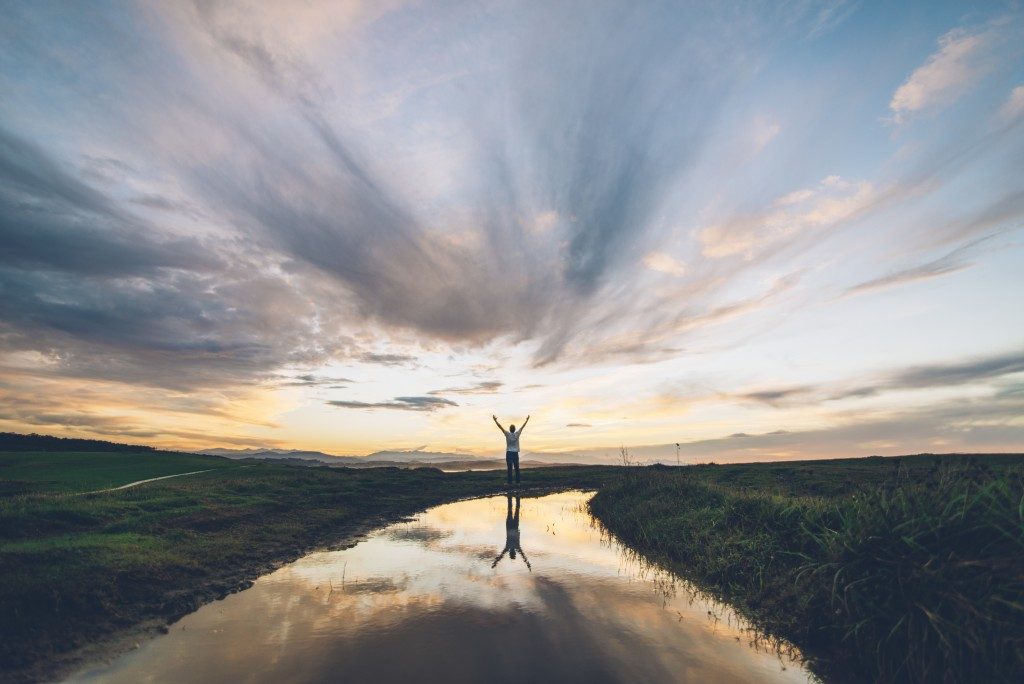 He had a guitar hoisted over his shoulder and was doing his best to play leibedig songs in his inebriated state. Beyond that, he seemed quite connected to his Rebbi, and his behavior reflected what one would hope to see in an expression of simchas Purim. Chazal’s statement that the “cup” is one of the three ways by which a person’s true character can be discerned is something that really comes to the fore on Purim, and, impressed by the way this bachur was behaving under the influence of his “cup,” I pointed out to someone — within earshot of the bachur — “That is a good boy!”

His knee-jerk response was startling, though, to say the least. “No, no,” he said, “I’m trash.” Humility and self-effacement notwithstanding, the fact that he thought of himself as “garbage” was downright perturbing! Following this unflattering self-appellation, this bachur mentioned his struggles with his yetzer hara. Apparently, he felt that he could not be a “good bachur,” since he was struggling with his yetzer hara, and, apparently, sometimes not winning the battles.

I once heard a story about a chassidishe bachur who was going off the derech. A close friend conveyed their Rebbe’s wish to talk to him, though, before he cut off all ties with Yiddishkeit. The boy was completely uninterested, but at his friend’s insistence that the Rebbe only wanted to talk to him “for 30 seconds” and that “you don’t have to say anything in response,” he capitulated. “I am sure,” the Rebbe told him, “that you have heard a lot about the severe punishments that await one who sins. I just wanted to tell you, though, something that you might not have heard. And that is that when a Yid struggles with his yetzer hara — even if in the end he succumbs — that struggle is incredibly dear and precious to the Ribbono shel Olam.” That was it. And it completely altered the trajectory of that bachur’s life.

The nature of the overarching message that our children and students absorb has a major impact on how they internally process their connection to their Yiddishkeit. In his well-circulated shiurim on the topic of parenting, Rav Yechiel Jacobson — one of the leading mechanchim in Eretz Yisrael — emphasizes that Chazal’s statement that “the right should draw close and the left should push away” is not just a nice suggestion, but a fundamental tenet of how to successfully rear children. In Rav Jacobson’s words, “the ratio needs to be 90/10. 90 percent positive and 10 percent discipline.”

Essentially, the question we need to ask ourselves is, what kind of representation are we affording to the Ribbono shel Olam? If the bulk of our communication and interactions (verbal or otherwise) with our charges projects a punitive, disciplinarian dynamic, then it should not be surprising if the overarching internal message they absorb is predominantly negative. That unless they can perform to perfection — or, at the very least, near perfection — they are “no good.” Or, in other words, “I’d better not mess up, or else.”

Put another way, many people seem to walk around with the feeling that the rules of the Torah have been set up to “catch you.” That Yiddishkeit —read: the Ribbono shel Olam — is “out to get you.” Of course, nothing could be further from the truth. The Ribbono shel Olam is not “out to get” anyone; and, in fact, created us only for the sake of being able to give to us.

But, is that basic truth filtering down, as it obviously should be? Or is it being tragically drowned out by a veritable cacophony of strict warnings, stern enforcement and unrelenting demands for ever-greater levels of perfection?

I would like to believe that the bachur who expressed on Purim that he feels that he is “trash” is an exception to the rule, but there is no denying the fact that many people — good people, fine people —seem to be walking around with a deep-seated sense of being “never good enough.” Or worse. A sense that, no matter what they do, they can never really hope to be deserving of a positive self-image, since — after all is said and done — they are struggling with their various and sundry forms of yetzer hara.

The bright side is that fixing this problem is actually quite easy. As the Ramchal says in his introduction to Mesillas Yesharim, basic tenets are often “forgotten” as a result of their being so basic that people tend to feel that there is no need to talk about them. And the simple remedy is to overcome that tendency and make sure that our basic tenets are crystal clear in our own minds as well as in the minds of our children and students.