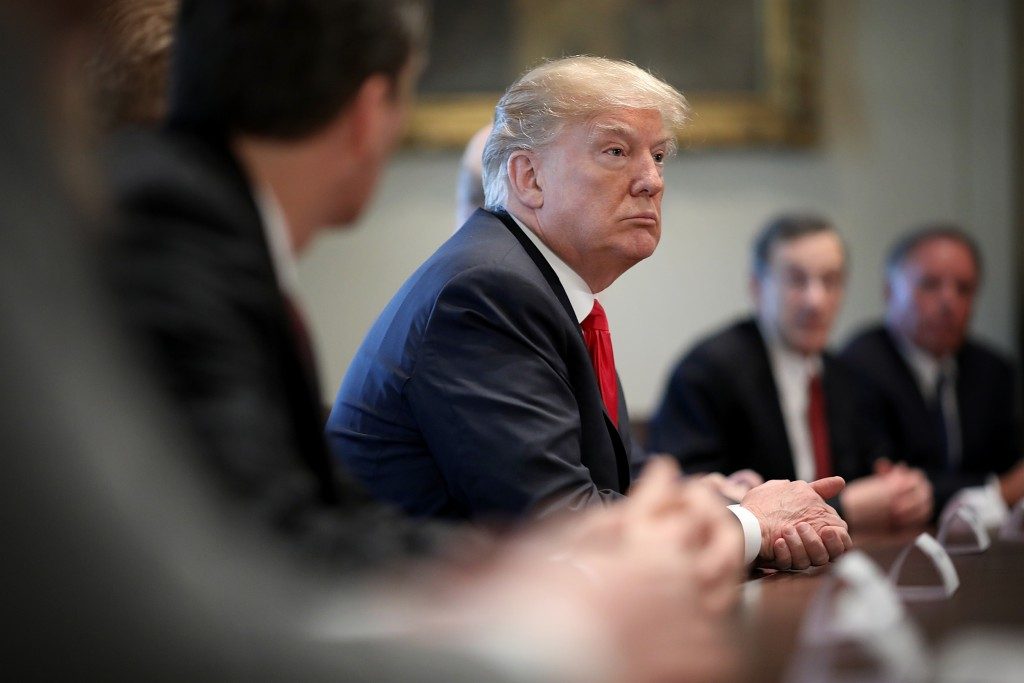 President Trump’s announcement that he will impose stiff tariffs on American companies that purchase imported steel and aluminum should have come as no surprise. From moving our embassy to Jerusalem to pulling out of the Paris climate agreement, Trump is a president who does what he promises. Unfortunately, his proposed tariffs undermine his ability to deliver on many other important promises he made in the 2016 campaign.

Trump promised to champion forgotten Americans, but imposing a 25 percent tariff on steel and a 10 percent tariff on aluminum will hurt more of the forgotten Americans than it helps. The American steel industry employs about 140,000 people, while steel-consuming industries employ 6.5 million. This means Trump is imposing a tax — tariffs are taxes — that will hurt the 6.5 million in order to help the 140,000.

During the campaign, Trump promised to make the auto industry in states such as Ohio, Michigan and Pennsylvania “bigger and better and stronger than ever before.” But raising taxes, and thus prices, on steel and aluminum will hurt those states’ automobile workers, whose jobs depend on steel and aluminum. According to one independent study, the 2002 steel tariffs imposed by President George W. Bush cost 200,000 jobs because of higher steel prices, including 10,553 jobs lost in Ohio, 9,829 lost in Michigan and 8,400 in Pennsylvania. Total lost wages were about $5.5 billion in today’s dollars.

The same group now estimates that Trump’s proposed tariffs will cost 179,334 jobs — which is more people than the total number of people working in the steel industry today — and will result in a loss of five jobs for every job gained. The losses will hit auto manufacturers, but other industries as well. One of the largest manufacturing employers in Ohio is GE Aviation, which produces jet engines for commercial aircraft. Tariffs will increase their costs compared with those of European rivals such as Rolls-Royce, leading to lost business and lost jobs.

Another promise Trump made in 2016 was to discourage American manufacturers from moving abroad. But in states such as Wisconsin and Michigan, Trump’s actions will have the opposite effect, creating incentives for manufacturers to move across the border to Canada in order to avoid the tariffs.

Trump also pledged to help create jobs for American workers with new investments to “rebuild our crumbling infrastructure.” But the tariffs will drive up the cost of virtually every infrastructure project, reducing both the number of new projects and the number of jobs created, while making the state, local and private-sector investments he wants to leverage far less likely.

Trump also guaranteed a new era of American energy independence. Since steel and aluminum are used in virtually every oil and gas project, though, including drilling, export terminals and the Keystone XL and Dakota Access pipelines Trump approved, the tariffs could lead to delays and even the cancellation of energy projects America needs.

Finally, Trump vowed to rebuild the military. Raising the price of steel and aluminum will increase the cost of new ships, planes and other military hardware — which means we can afford to procure fewer of them, harming our national security.

And all this does not take into account the costs when our trading partners retaliate. Last year, Trump hosted Harley-Davidson executives at the White House and thanked them “for building things in America.” Now the European Union is threatening to impose 25 percent retaliatory tariffs on Harley-Davidson motorcycles and other American-made products. Other industries, such as agriculture, in critical swing states could be targeted for retaliation as well.

There is no doubt that China is dumping aluminum and steel into the U.S. market and that American workers are not competing on a level playing field. But Trump’s own Commerce Department gave him other, more targeted country-specific options to address these anticompetitive practices. Imposing massive tariffs is not the answer.

Yes, Trump assured voters he would protect the steel and aluminum industries. But he also promised to revive our automobile industry, keep manufacturing jobs from leaving America, rebuild our crumbling infrastructure, unleash a new era of energy independence and restore our military strength. His proposed tariffs undermine all of those promises. They will hurt many of the very people Trump came to Washington to help. Fortunately, the president can still decide not to go ahead with the tariffs. For the sake of the forgotten Americans, let’s hope he chooses wisely.  (c) 2018, The Washington Post Writers Group.