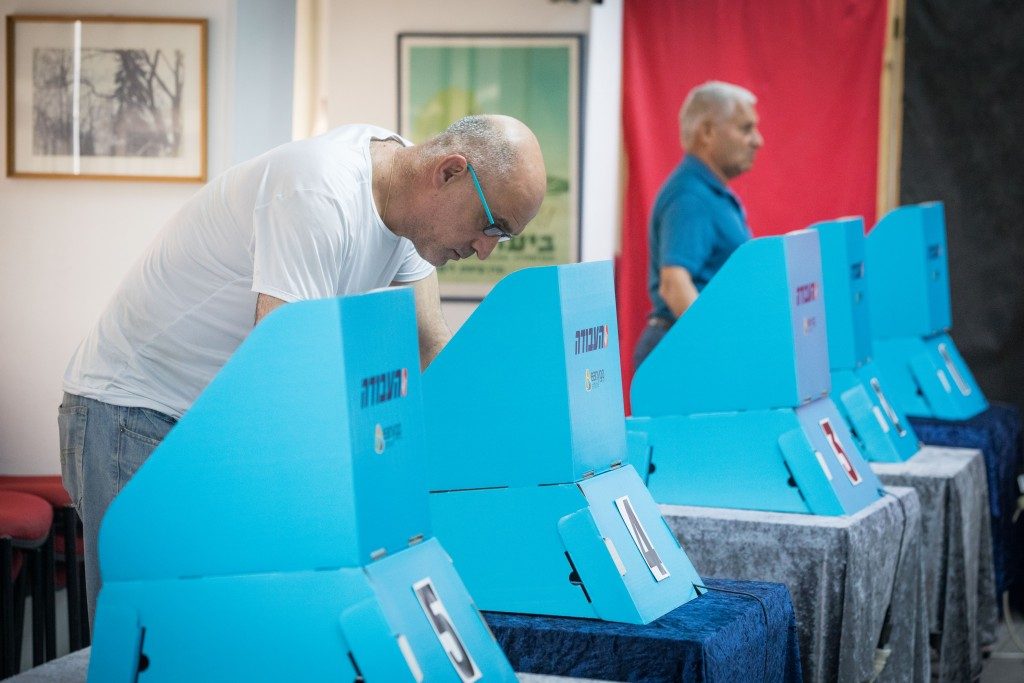 Israel’s economy received top grades this week in the annual report card it gets from the Organization for Economic Cooperation and Development (OECD).

A country that shows, in the glowing words of the OECD, “remarkable performance with strong growth”, doesn’t sound like a country that should be sending its government home a year and a half early and calling for early elections.

Moreover, it isn’t just the economy that is showing “remarkable performance.” The health-care system, one of the finest in the world, is expanding its “basket” of subsidized medicines, bringing state-of-the-art diagnostic machines to the periphery and raising the age of young people who are eligible for free dental care.

The security situation has, b’chasdei Hashem, never been better, despite the instability in neighboring countries, with a record low number of rockets falling in the south of the country, terrorism at a low and relative quiet along the northern border.

Diplomatically, Israel is less isolated than ever, forging warm ties with Africa, India and the moderate Arab countries. Its close relations with Russia have played a crucial role in preventing the situation in Syria from spinning out of control. And its vitally important relationship with the United States is, as President Trump only last week attested, the best it’s ever been.

There’s even been a change in the courts, where the justice minister has succeeded in installing conservative justices who understand that it’s not their role to interfere with the rights of a duly elected government to govern.

Early elections — which appeared to be inevitable at the start of the week — are both costly and divisive.

The big cost isn’t the actual campaign, which taxpayers fund to the tune of some NIS 200 million, but the year-long governmental paralysis that puts important projects and reforms on hold. That includes the campaign, the many months it takes to form a coalition after the elections, and the time it takes new ministers to settle and learn the job.

But the real cost of elections, the one we can’t put a shekel figure on, is the cost to national unity. Experience has shown that with so many parties vying for the anti-religious vote, terrible things are said in interviews, speeches and campaign literature that tear at the very delicate fabric of the country.

It is for these reasons that we can only be grateful that a way was found to pull back from the brink and allow the government to continue. This was clearly the will of the Israeli public, which voted for what has been billed the most right-wing government ever, one that has served the publicly faithfully, and is entitled to see it serve out its full term.

It is possibly the knowledge that the voters will not forgive parties that force elections over crises that are more about egos than substance.

United Torah Judaism took a principled stand that full-time yeshivah students must continue receiving draft deferrals. Such a stand is not a new “demand,” but merely an attempt to preserve the status quo, and it was made necessary by the intervention, yet again, of the High Court, which deemed an earlier law “discriminatory.”

The crisis appears over for now. Monday saw the Ministerial Committee for Legislation approve a new draft law that meets the demands of the Gedolim, which is to be sent for a preliminary Knesset reading. At the same time, the Knesset’s Finance Committee approved the 2019 defense budget.

To be sure, there are still many hurdles to overcome before the bill passes its second and third readings in the Knesset and becomes law. There are government ministers, like Avigdor Liberman, who are motivated by narrow political interests. He fears that elections are around the corner and knows that his party has nothing to sell, and so attempts to cast itself as the party that “stood up to the chareidim.”

There are also legal hurdles put up by the Supreme Court that must be overcome.

This has not been an easy period, but for United Torah Judaism, the draft law is a matter of principle. For all the good the party has done for the general public — in the Health Ministry and via the Finance Ministry and elsewhere — its raison d’etre is preserving the Torah world and ensuring its future growth.