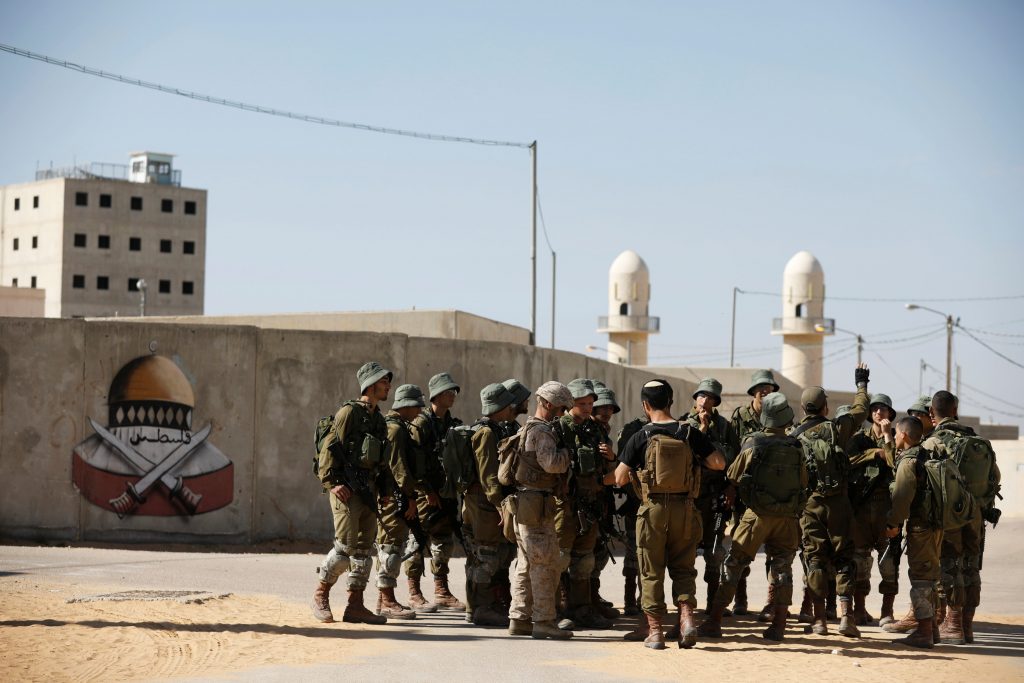 The Israeli military hosted U.S. Marines this week for an urban combat drill in a mock-up of a generic Middle East village, sharing know-how and signalling the allies’ shared interests as their leaders close ranks on a host of regional issues.

“We are willing to work and train together, and if G-d wills it, if we ever need to be side by side, then we will,” Lieutenant-Colonel Marcus Mainz of the 26th Marine Expeditionary Unit told Reuters during the exercise at Israel’s Zeelim base.

His troops joined Israeli special forces regiments to practice battle formation, helicopter deployment and medical evacuations in a mock-up village in the desert, complete with Arabic graffiti and a fake mosque.

The maneuvers were part of a wider, biennial joint air defense exercise known as Juniper Cobra, which this year took place amid heightened Israeli and U.S. concern over the missile arsenal of Iranian-backed Hezbollah terrorists in Lebanon.

Mainz said his troops had learned from the Israelis’ experiences in fighting Hamas in Gaza, and had in turn shared tips from U.S. warfronts.

“They teach them what to see when they were either in the Gaza Strip or somewhere else on the battlefield, for us in Afghanistan and Iraq, and teach that young soldier what to look for,” he said.

“And what happens is they start getting excited and they are talking about ‘I learned this here,’ ‘I learned that there.'”