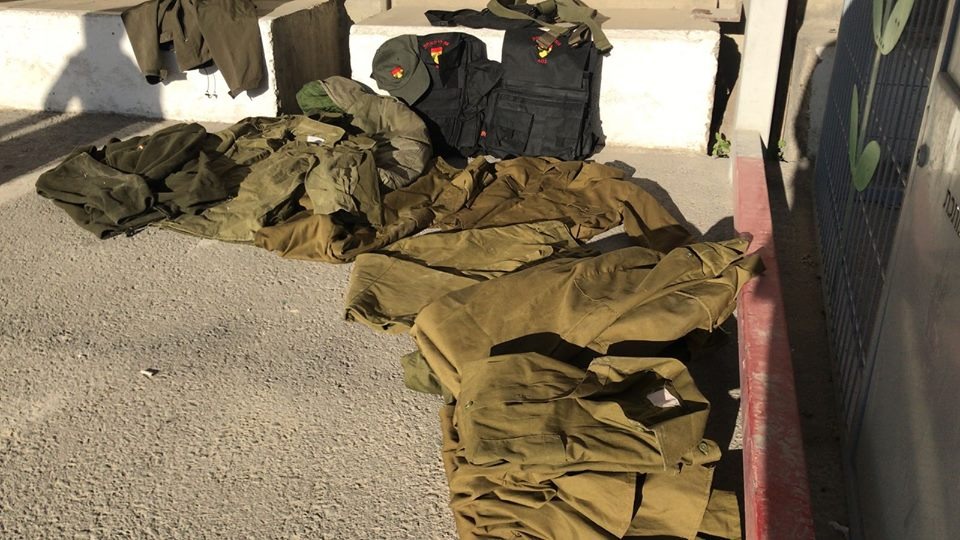 Israeli Defense Ministry inspectors at the Kerem Shalom crossing, in coordination with the Coordinator of Government Activities in the Territories (COGAT), thwarted the smuggling into the Gaza Strip of IDF uniforms, inside a truck, this week.

The driver and truck were stopped after arousing suspicion. A subsequent search of the truck uncovered IDF uniforms, jackets, hats, bags and belts. The truck and the items were confiscated and delivered for further investigation by the security forces.

Officials suspect the uniforms were intended for use in an attack against Israel by terrorists posing as IDF soldiers.

Also this week, inspectors seized a quantity of mercury that was part of a consignment of medical equipment due to be sent to Gaza, but which was not coordinated with security officials. Mercury is a dual-use material that could be used for terrorist activity; the mercury was confiscated and delivered for further investigation by security forces.