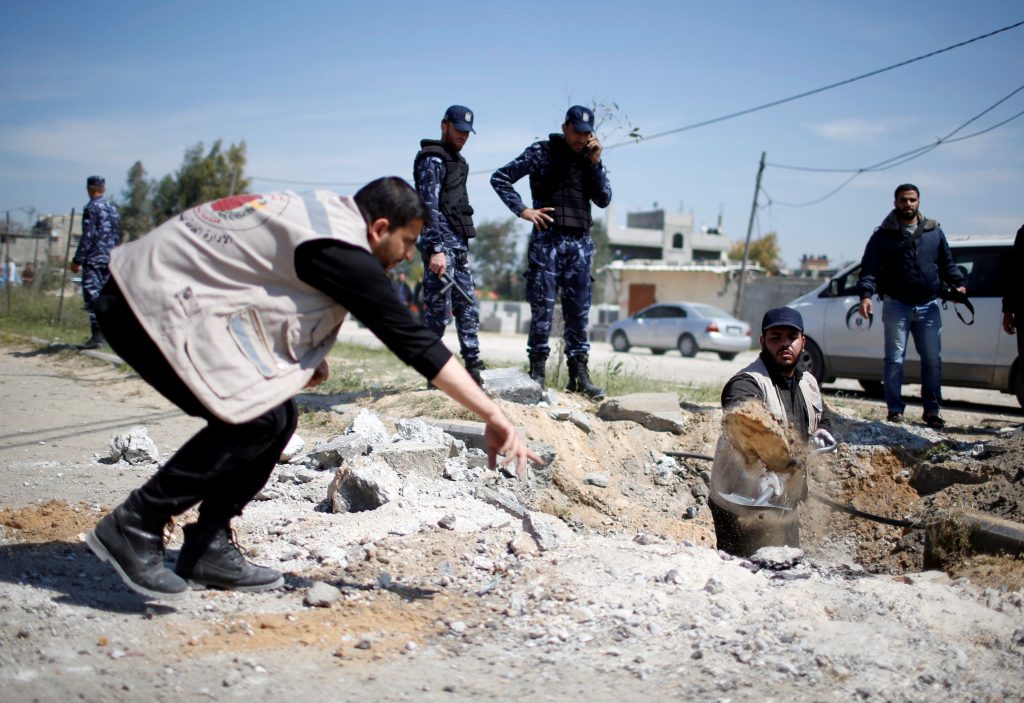 An explosion struck the convoy of the Palestinian prime minister during a rare visit to Gaza, sparking fears of an assassination attempt.

Three of the vehicles in his convoy were damaged, their windows blown out. One had signs of blood on the door.

Hamdallah, who operated in the West Bank, arrived in Hamas-run Gaza to inaugurate a long-awaited sewage plant project.

The World Bank, European Union and other European governments have paid nearly $75 million in funding. Hamas’ takeover of Gaza from the Palestinian Authority in 2007 and the ensuing Israeli-Egyptian blockade, power shortages and conflicts delayed the opening of the project for four years.

Hamdallah was in Gaza to participate in the inauguration of a water desalination facility, built with funds donated by the United States and the European Union. Although Hamas de facto rules Gaza, the PA is still officially responsible for the region, and all international projects in Gaza are funded via the PA. Hamdallah entered Gaza on a route from Ramallah, through Israel proper and into the Strip via the Erez crossing.

In a statement, the office of PA chief Mahmoud Abbas blamed Hamas for the explosion. “Hamas is responsible for this cowardly attack on the Prime Minister. Attempting to harm Hamdallah is another attack by Hamas on the unity of the Palestinian people.” Hamas had no comment on the accusation.