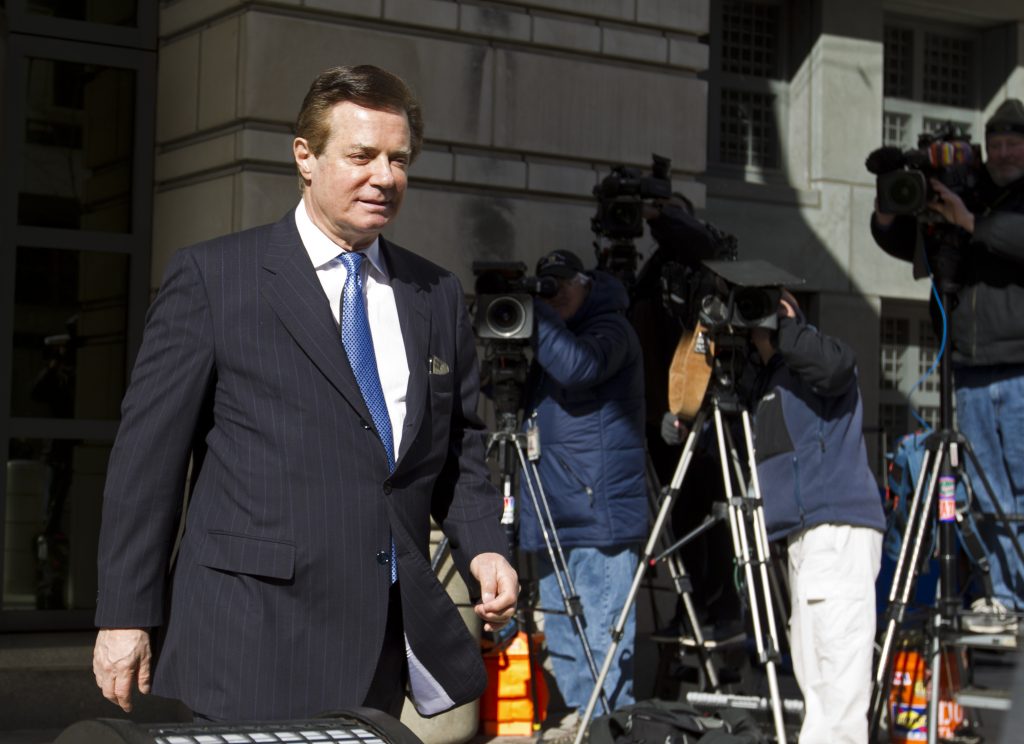 President Donald Trump’s former campaign chairman faces the “very real possibility of spending the rest of his life in prison,” a federal judge said in court documents made public Tuesday.

Paul Manafort, now facing charges brought by special counsel Robert Mueller in two separate courts, is “a person of great wealth who has the financial means and international connections to flee and remain at large, as well as every incentive to do so,” U.S. District Judge T.S. Ellis wrote in an order setting bail terms.

Manafort, 68, who is under house arrest, pleaded not guilty late last month to a slew of tax, bank fraud and conspiracy charges brought in Alexandria, Va.

The indictment follows another in Washington, D.C., that covered money laundering and working as a foreign agent for Ukraine.

Prosecutors working for Mueller, tasked with probing possible connections between the Trump campaign and the Kremlin, have outlined a wild, yearslong conspiracy involving offshore accounts and massive loans taken against properties in Brooklyn and Manhattan.

The order from Ellis places Manafort, now wearing two different ankle-monitoring units, on “24-hour-a-day lockdown” in his Alexandria condo. He’s allowed to leave for emergencies, court appearances and meetings with his attorneys.

“Given the nature of the charges against the defendant and the apparent weight of the evidence against him, defendant faces the very real possibility of spending the rest of his life in prison,” Ellis wrote.