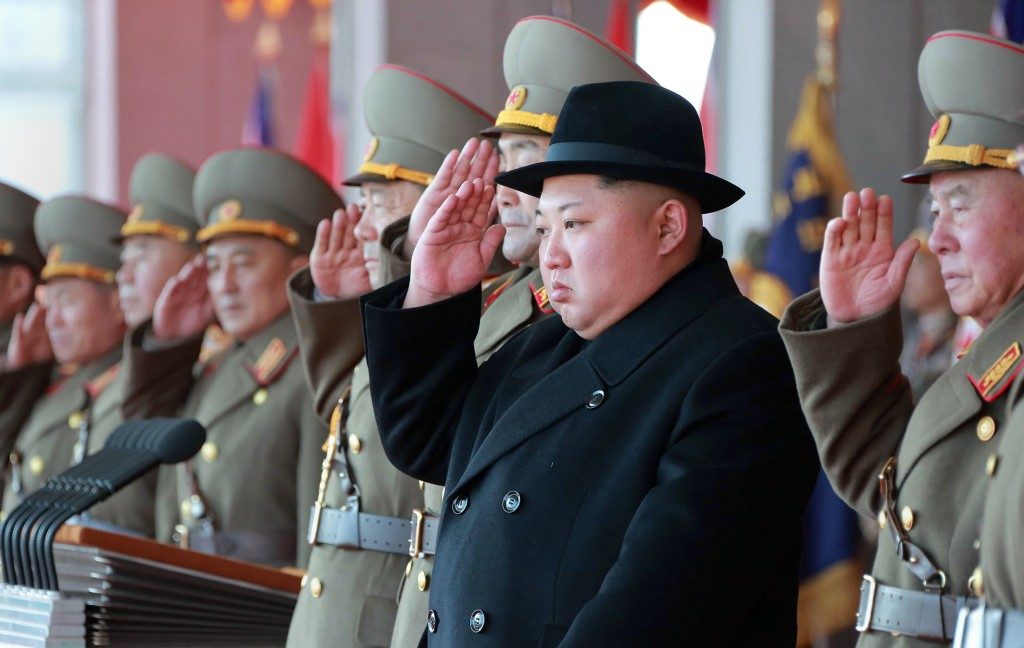 The scene on the driveway outside the West Wing last Thursday was surreal. Standing under the glaring lights of the media cameras in falling temperatures, South Korea’s national security adviser made a historic announcement.

Flanked by the South Korean intelligence chief, and the ambassador to United States, Chung Eui-Yong, with nary a U.S. official in sight, revealed that North Korean dictator Kim Jong-Un has offered to meet with President Trump — and that the American leader had agreed to do so by May.

Mr. Eui-Yong had come to Washington to brief President Trump on his recent visit to Pyongyang and his talks with the North Korea leader. He revealed that North Korea had agreed to stunning concessions.

After repeatedly insisting that his country would not give up its nuclear arsenal, Kim Jong-Un said that he is “committed to denuclearization,” and “pledged that North Korea will refrain from any further nuclear or missile tests.”

Leading up to the announcement, it had been widely expected that North Korea would only agree to refrain from further tests and hold talks if the U.S.-South Korean military exercises — which had already been delayed once because of the Olympics, and are now said to be scheduled for next month — were cancelled or postponed.

Yet, according to Eui-Yong, Kim “understands that the routine joint military exercises between the Republic of Korea and the United States must continue.”

Furthermore, the crippling sanctions that are putting enormous pressure on Pyongyang will remain in place.

Despite the fact that North Korea had essentially dropped all their preconditions and agreed to direct talks about scraping their nuclear arsenal, President Trump’s critics were quick to denounce the planned summit.

They argued that securing a summit with the American President would elevate Kim, who is considered by most of the world community to be a pariah, to the status of a world leader. Such a meeting would be a propaganda victory for the North Korean dictator, they asserted. Instead of starting talks at the leadership level, Washington should begin with low or mid-level negotiations, and squeeze out more concessions from the North Koreas before agreeing to a summit.

Yet upon rational analysis, these arguments fall flat.

For all the talk about Kim being an international pariah, he is the absolute ruler of a country armed with several nuclear weapons. Its recent missile tests have shown that it has the capability of striking the U.S. mainland with intercontinental ballistic missiles topped with heavy warheads.

Successive American administrations, using various levels of diplomacy, have failed to solve this crisis. It would be foolhardy and counterproductive, to say the least, for the President to reject an opportunity to possible reach a deal that would prevent a devastating war, only to deny Kim a photo-op.

It is far too early to celebrate.

For one thing, it isn’t even certain that the summit will actually happen. As the White House Press secretary put it on Friday, “we’re not going to have this meeting take place until we see concrete actions that match the words and the rhetoric of North Korea.”

Presuming that it does occur, there is no way of knowing which direction the talk will go and whether a deal will be reached.

North Korea has proven to be a master of deception in past negotiations. Any deal reached would have to be based on a very comprehensive and foolproof verification system, something which would be extremely challenging to establish in a country as secretive as North Korea.

President Trump, whose hardline approach to North Korea has been credited with getting the North Koreans to the table without preconditions, is unlikely to cede any ground if and when he sits down with the North Korean leader.

Yet the announcement on Thursday is a key step in the right direction. In the weeks and months ahead, it will become ever more apparent as to whether Kim, rattled by the possibility that President Trump may order a military strike, is simply stalling for time, or is truly ready to give up his nuclear arsenal.

One thing is certain: lev melech b’Yad Hashem. As the negotiations continue on the temporal realm, ultimately, our only Source of Protection is our Father in Heaven.