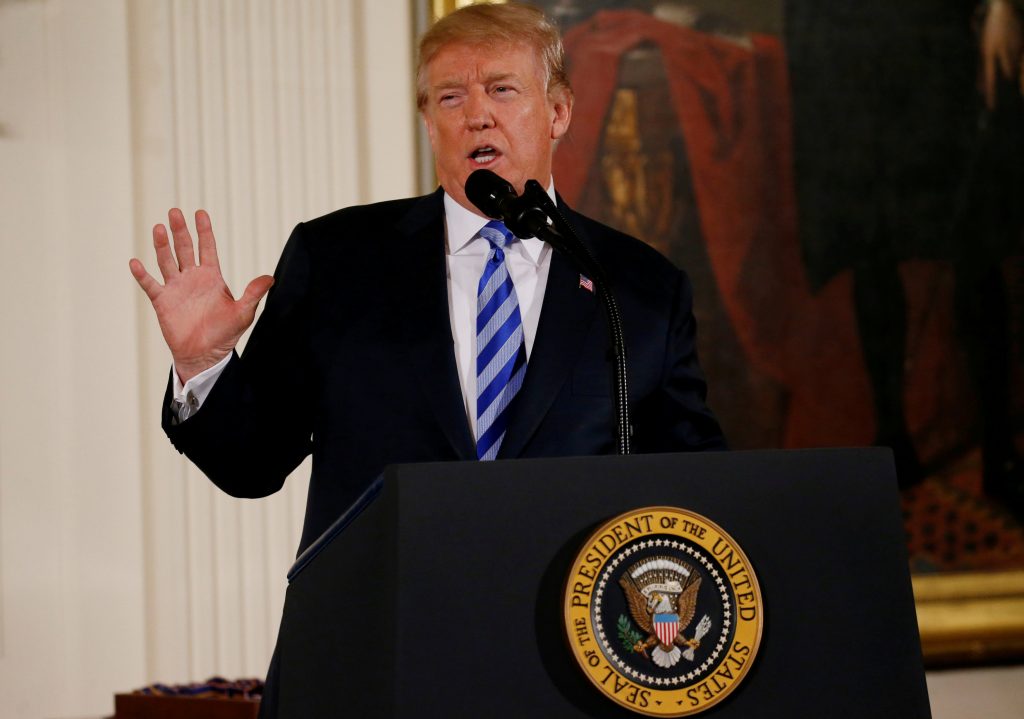 President Donald Trump said he would wait for the courts to rule before acting on raising the minimum age for some gun purchases, putting off one of the more contentious gun safety measures he had backed after the latest U.S. school shooting.

The proposal to raise the minimum age for buying guns from 18 to 21 was not part of a modest set of gun safety proposals announced on Sunday night by Trump administration officials, which included training teachers to carry guns in schools and improving background checks.

“On 18 to 21 Age Limits, watching court cases and rulings before acting. States are making this decision. Things are moving rapidly on this, but not much political support (to put it mildly),” he wrote on Twitter.

Trump has said he believes armed teachers would deter school shootings and better protect students when they happen. The idea, already in place in some states, is backed by the National Rifle Association gun lobby.

The president, who championed gun rights during his 2016 campaign, vowed to take action to prevent school shootings after a gunman killed 17 students and faculty at a high school in Parkland, Florida, on Feb. 14.

The modest fixes proposed by the White House stepped back from some of the more sweeping changes Trump had considered after the latest school shooting.

Some of the more controversial proposals, including raising the minimum purchase age or requiring background checks for guns bought at gun shows or on the internet, will be studied by a commission headed by Education Secretary Betsy DeVos, administration officials said.

The Justice Department will also provide an unspecified amount of grants to states that want to train teachers to carry guns in school.

Asked why the age limit proposal was dropped from the administration plan, DeVos told NBC on Monday that the plan was the first step in a lengthy process.

“Everything is on the table,” she said.

On arming teachers, DeVos said communities should have the tool “but nobody should be mandated to do it.”