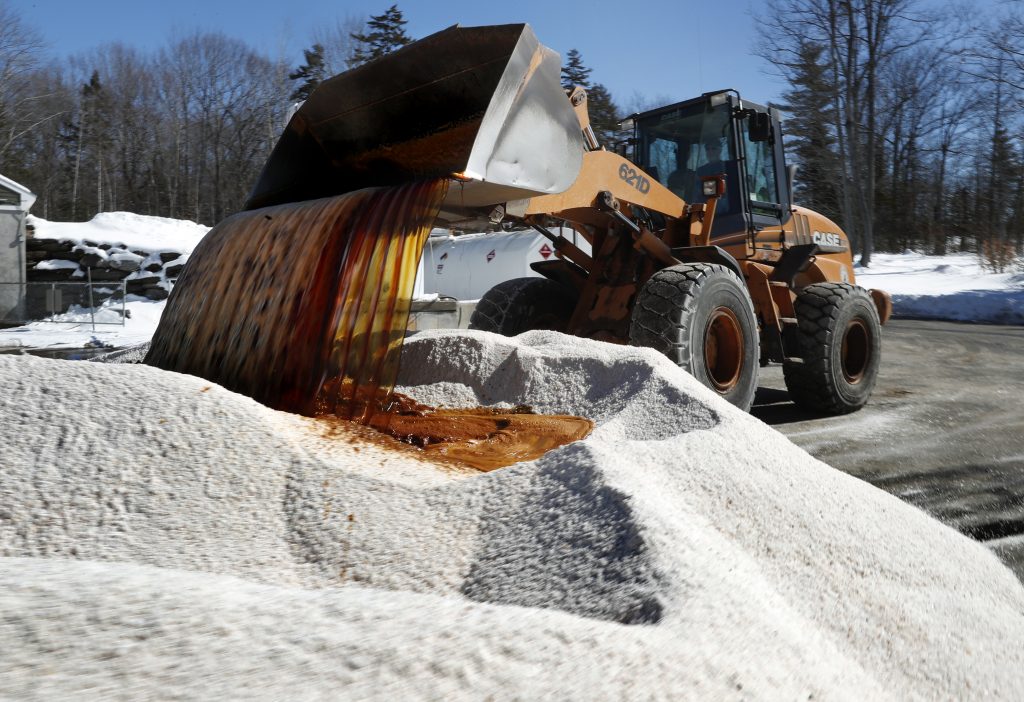 Winter-weary New Englanders are preparing for blizzard conditions, more than a foot of snow and high winds as the third major nor’easter in two weeks bears down on the Northeast.

The National Weather Service on Monday issued a blizzard warning for much of the Massachusetts coast, a winter storm warning for most of New England and a winter weather advisory for portions of New York, Pennsylvania and New Jersey.

The storm is expected to hit late Monday and last through most of the day Tuesday, with snow accumulating at a rate of 2 inches per hour during the Tuesday morning commute, disrupting road and air travel. American Airlines announced that it had suspended all flight operations from Boston Logan International Airport on Tuesday because of the storm, and warned of scattered cancellations and delays possible at other Northeast airports.

While the first two storms of the month brought coastal flooding and hundreds of thousands of power outages, this winter monster is a little bit different.

“This one’s main impact is going to be snow,” said Kim Buttrick, a meteorologist with the National Weather Service office in Taunton, Massachusetts.

More power outages are possible, but they are not expected to be as widespread as last week. Only minor coastal flooding is possible.

The blizzard warning means sustained winds of greater than 35 mph (56 kph), along with visibility of less than a quarter mile for prolonged periods, according to the weather service. Wind gusts as high as 65 mph (104 kph) are forecast in coastal areas.

Maine is also bracing for a hard hit. The Portland International Jetport has had 75.5 inches (1.9 meters) of snow, far above the normal for the date of 51.8 inches (1.3 meters) with another 12 to 18 inches on the way, said James Brown, of the National Weather Service.

In New Hampshire, where as much as 14 inches of snow is forecast, the storm is wreaking havoc with the age-old town meeting tradition. But Secretary of State William Gardner and Attorney General Gordon MacDonald said under state law, town meeting elections must go on.

In New York, heavy, wet snow is forecast for Long Island, which could get 5 to 10 inches of accumulation, while 2 to 4 inches are possible in New York City.

In New Jersey, the storm is expected to start out as light rain before changing over to all snow by early Tuesday, leaving behind up to 4 inches.

The Northeast isn’t the only area of the country dealing with winter weather. As much as 15 inches of snow has fallen in a narrow band stretching from central Kentucky through southern West Virginia.

Most of North Carolina is also gearing up for snow, with spring a little more than a week away. Forecasters say up to 6 inches of snow is possible around Boone in the northern mountains, while other areas of the state should get only about 2 inches.

“Hopefully this will be the final punch of the winter,” Buttrick said.