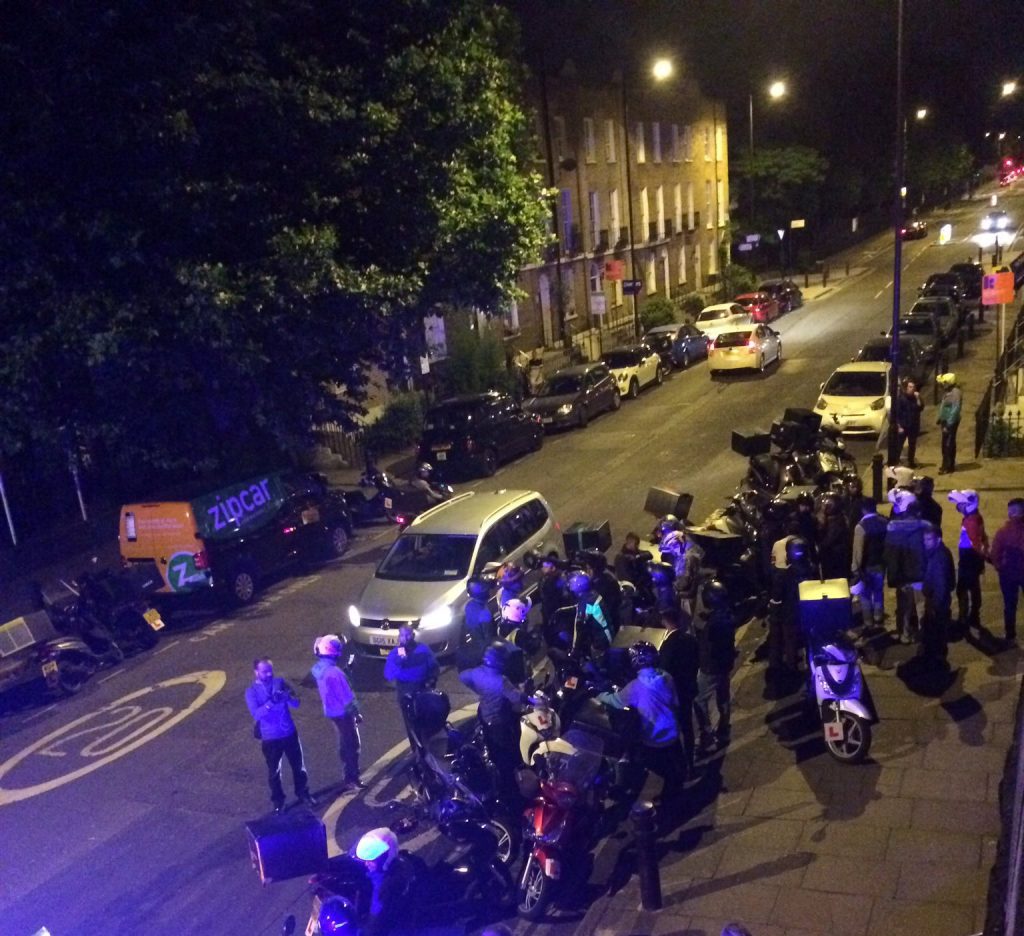 A British teenager who sprayed acid into the faces of six motorcyclists during a two-hour robbery spree in London was jailed for 10-½ years on Monday.

Derryck John, 17, threw the corrosive liquid through the visors of motorcyclists in an attempt to blind them and steal their scooters – escaping twice with vehicles which he hid before returning to attempt more robberies, prosecutors said.

The use of acid in street attacks in Britain has risen sharply over the past two years, prompting the government to limit the sale of sulfuric acid and ban children from buying it.

John was the passenger on a moped, driven by an unidentified person, and carried out the attacks across East London last July.

“One of the victims has lost 30 percent of his eyesight which he will never recover – others described searing pain and burning at the time and have been forced to leave their jobs as a result of their injuries,” said Ramesh Patel, of the Crown Prosecution Service.

“Had they not been wearing helmets, all of the victims’ injuries could have been much more serious,” Patel added in a statement.

Detective Sergeant James Leeks said in a police statement on the case: “Acid attacks ruin lives and have no place in our society.

“It beggars belief that anyone would be prepared to scar someone for life and leave them to live with life-changing injuries for the sake of a phone or a moped.”

John, who was caught on surveillance camera when he lifted his own helmet at a filling station, was sentenced at Wood Green Crown Court after admitting throwing acid.