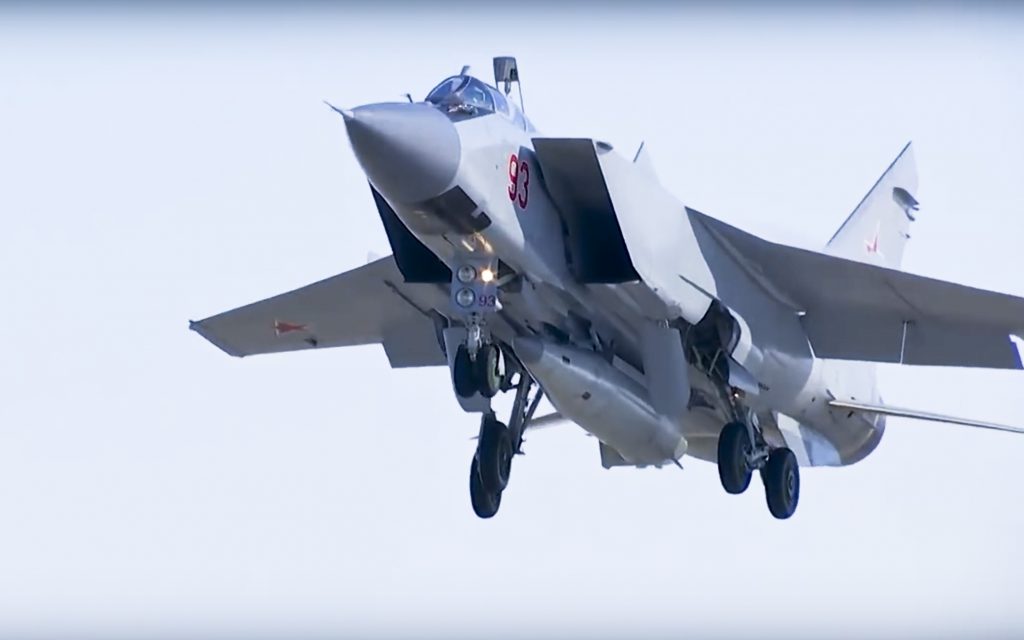 The Russian military said it has conducted a successful test of a nuclear-capable hypersonic missile capable of sneaking through enemy defenses.

A video posted by the Defense Ministry Sunday showed a MiG-31 fighter jet launching a Kinzhal (Dagger) missile during a training flight. The ministry said the missile, which carried a conventional warhead, hit a practice target at a firing range in southern Russia.

Pres. Putin said Kinzhal flies 10 times faster than the speed of sound, has a range of more than 2,000 kilometers (1,250 miles) and can carry a nuclear or a conventional warhead. The military said it’s capable of hitting both land targets and navy ships.

Pres. Putin said the missile already had been put on combat duty with a unit of Russia’s Southern Military District.

The Defense Ministry said in Sunday’s statement that the test launch proved the missile’s capability. It added that the new weapon has no equal, thanks to its superior maneuverability and ability to dodge enemy radars.