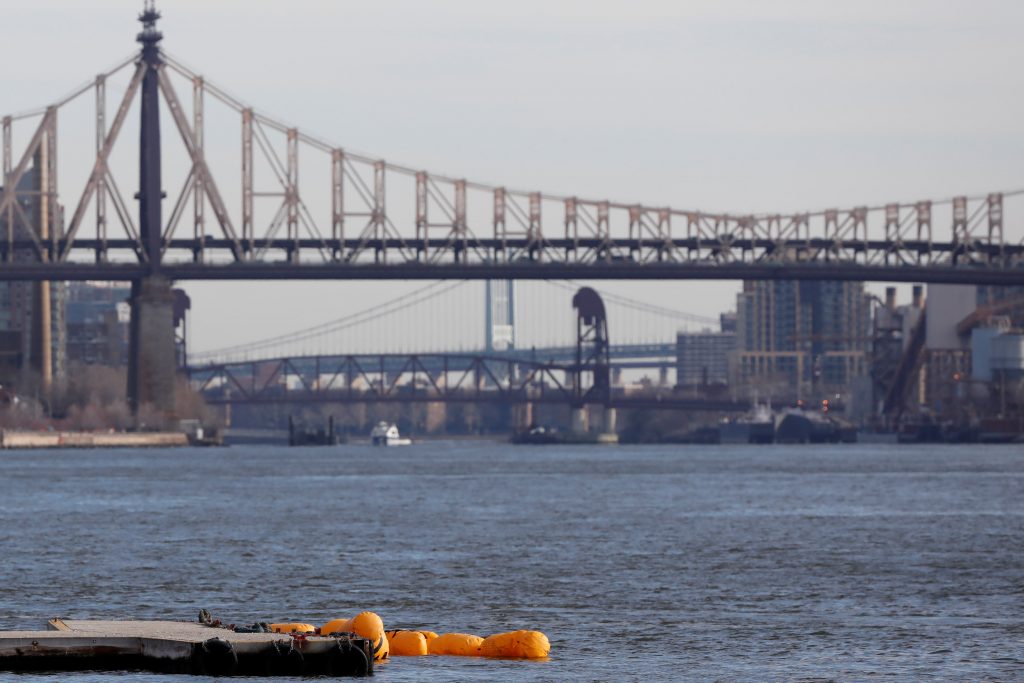 Federal investigators headed to New York City on Monday to determine what caused a helicopter to crash into the frigid waters of the East River, killing all five passengers aboard, with only the pilot surviving.

Moments before the Sunday evening crash, the pilot sent a distress call over his radio, saying the engine had failed. The red helicopter, which had been privately chartered for a photo shoot, hit the water and turned upside down at about 7 p.m. near the northern end of Roosevelt Island, just east of Manhattan.

The pilot is heard saying “Mayday, mayday, mayday” during the crash. The person at the other end of the transmission had trouble making out what the pilot was saying. The pilot reported “an engine failure over the East River” and referenced a hotel.

The National Transportation Safety Board, the federal agency that investigates civil aviation accidents, sent 14 officials to the city on Monday to determine the cause of the crash.

At least two of the passengers were dead by the time rescue divers arrived, police and fire department officials said. The other three passengers, who had to be cut from the helicopter’s safety harnesses, were declared dead at the hospital.

The pilot managed to free himself from a safety harness and was later discharged in good health from the hospital. The New York Police Department identified the pilot as Richard Vance, 33, but declined to release the victims’ identities until their families were notified.

The helicopter was chartered from Liberty Helicopters, police said. The New Jersey-based company said on its website it has the largest fleet in the Northeast and had an “unparalleled” safety record.

The company did not respond immediately to questions about the crash on Monday.

Liberty Helicopters has been involved in at least two other crashes, according to news accounts, including a mid-air collision with a small plane in August 2009 over the Hudson River that killed nine people. In July 2007 one of its helicopters went down in the Hudson with a pilot and seven passengers aboard, all of whom were rescued.