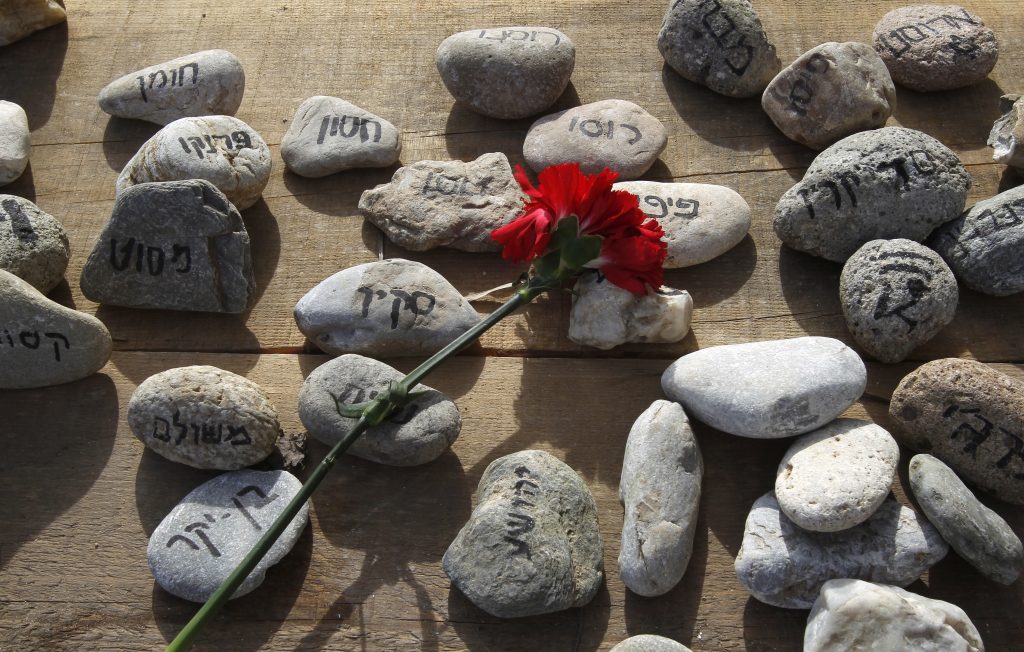 Thousands of people marched in southern Macedonia on Sunday to commemorate the 75th anniversary of the deportation and eventual death of the country’s almost entire Jewish population.

Public officials, civic group representatives and relatives of former Macedonian Jews who came from Israel, Latin America and the United States participated in the event in Bitola and lay flowers and wreaths at a Menorah Jewish monument.

Macedonia was a province of the Kingdom of Yugoslavia when it was occupied by Germany during World War II and then turned over to the Nazis’ Bulgarian allies to run. More than 7,000 Jews from the cities of Skopje, Bitola and Stip were confined to ghettos in March 1943 before being deported to the Nazis’ Treblinka death camp in German-occupied Poland. Ninety-eight percent of Macedonia’s Jews perished there. Bitola lost its entire Jewish community of 3,144.

The International March of the Living, the official name of the commemoration, started in front of the monument to deported Jews, with wailing sirens signaling the start. People joined in the march along the same route that Jews were forced to take 75 years ago to the train station, where they were jammed into freight cars for the trip to the death camp.

Hundreds of carnations were laid on the railway tracks.

One of the few Jewish survivors, who was a baby at the time, came from Israel for the remembrance.

“People who survived now have started to recollect the memories, trying to put the pieces together what has happened here,” said Maty Grunberg, 75, a sculptor from Tel Aviv who was born in Macedonia’s capital, Skopje, just a week before the deportation of Jews. “This is a mysterious link I call it — how it is bringing me here from Israel as the only Jewish boy from here that had survived the war.”

The Jewish commemorations will continue Monday in Skopje.