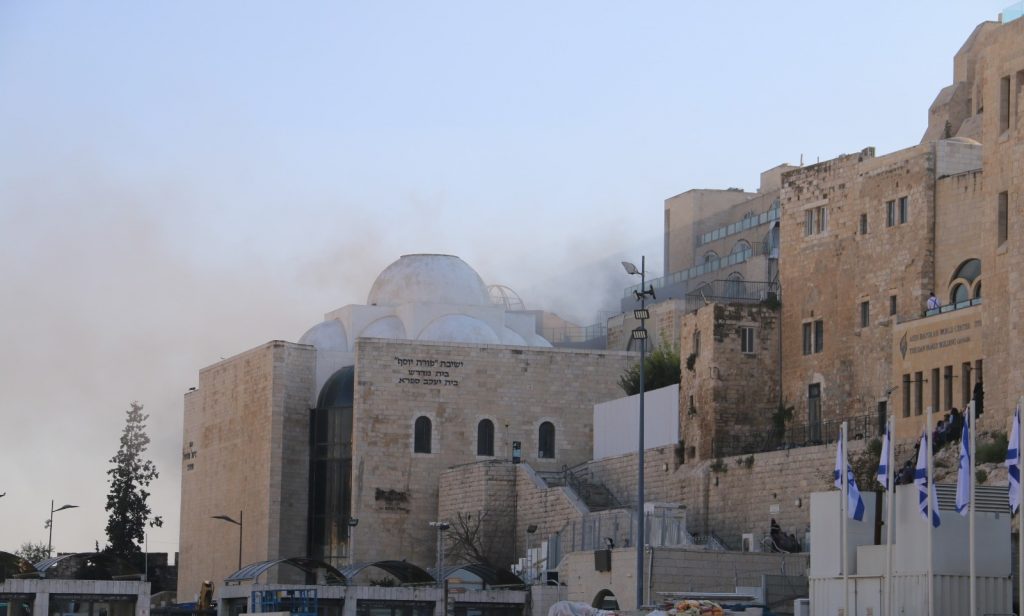 Firefighters have brought under control a blaze at Yerushalayim’s Yeshivat Porat Yosef, opposite the Kosel, which had spread through a large part of the structure and threatened the lives of a number of bachurim on Monday, Arutz Sheva reported.

About ten bachurim, who were temporarily trapped by the flames, were rescued by members of seven firefighting units that responded to the emergency.

As of early evening, the crews were working to extinguish the fire completely.

Smoke that filled parts of the yeshivah was being aired out as well.

The cause of the fire, which broke out on Monday afternoon, was not yet known. An investigation has been opened.