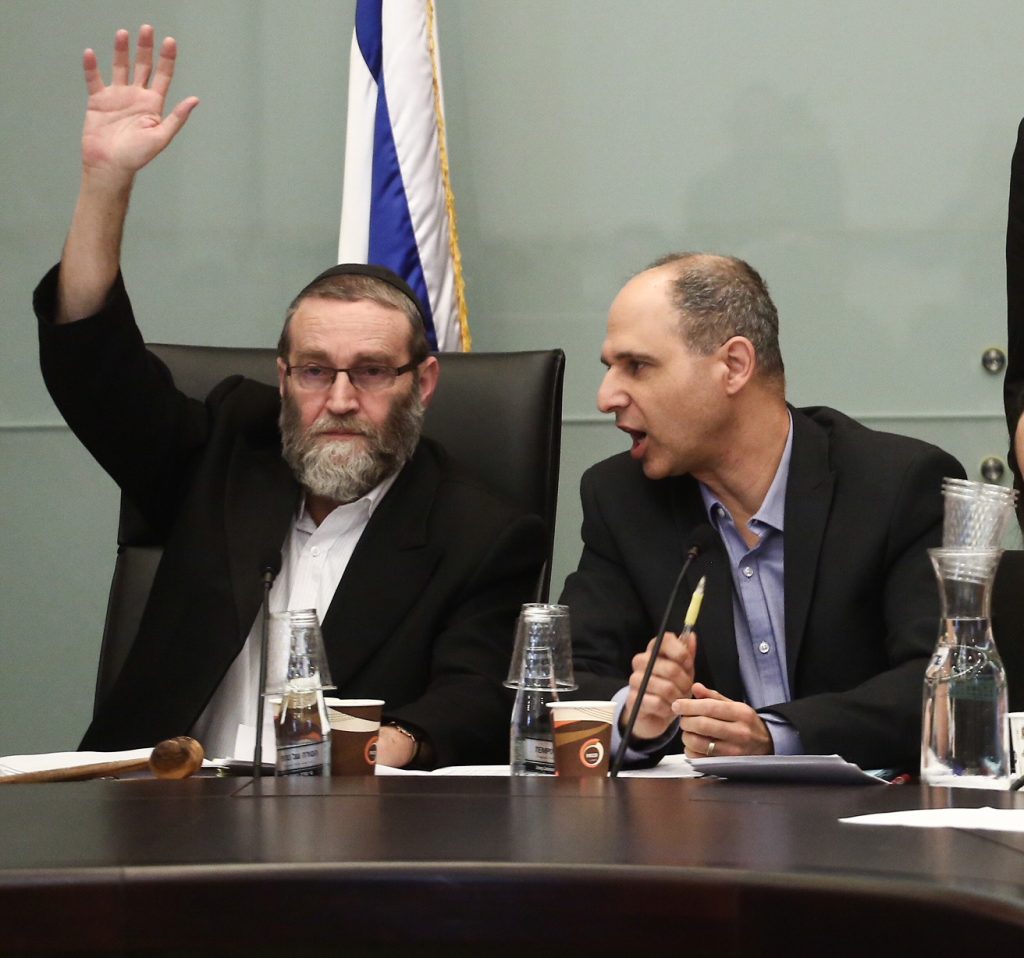 Despite the approval of the new Draft Law by the Ministerial Law Committee, Yisrael Beytenu has not quit the coalition, and Prime Minister Binyamin Netanyahu has not sought to disband the government – which means that the way is clear for the approval of the 2019 state budget. Hours after the approval by government ministers of the Draft Law early Monday, the Knesset Economics Committee met to put the finishing touches on the budget, preparing it for its second and third reading.

As of now the coalition is solid and appears prepared to vote for the budget. Finance Committee Chairman MK Rabbi Moshe Gafni said that the budget was “a very good, very transparent budget. There are no special ‘surprise’ taxes here, and the health budget has been increased dramatically. With that, we still have several outstanding problems that this budget does not solve.”

One of the features of the budget is an additional NIS 100 million allocation for religious services and yeshivos. During the Committee discussion, it was this feature that generated the most response from opposition MKs. Yesh Atid’s Elazar Stern railed against the amount allocated, saying that “this money will go to fund lists that prevent new immigrants from coming to Israel,” referring to efforts to prevent non-Jews from immigrating to Israel under false pretenses by pretending they have a Jewish background.

Earlier, Yisrael Beytenu head Avigdor Liberman criticized the passage of the Draft Bill by the Ministerial Law Committee. “This is a classic ‘fake law,’ and we will vote against it,” he said at a meeting of his faction. “I hope that this law does not pass. We have a responsibility not to sacrifice our values for places at the ministerial table. Supporting this law would be a traitorous act to our voters.” However, he added, the party would remain in the government for now – and presumably vote along with it, including for the state budget. “No one volunteers to leave the post of defense minister, and we will not volunteer to leave the government until this law passes on its second and third reading,” Liberman added.