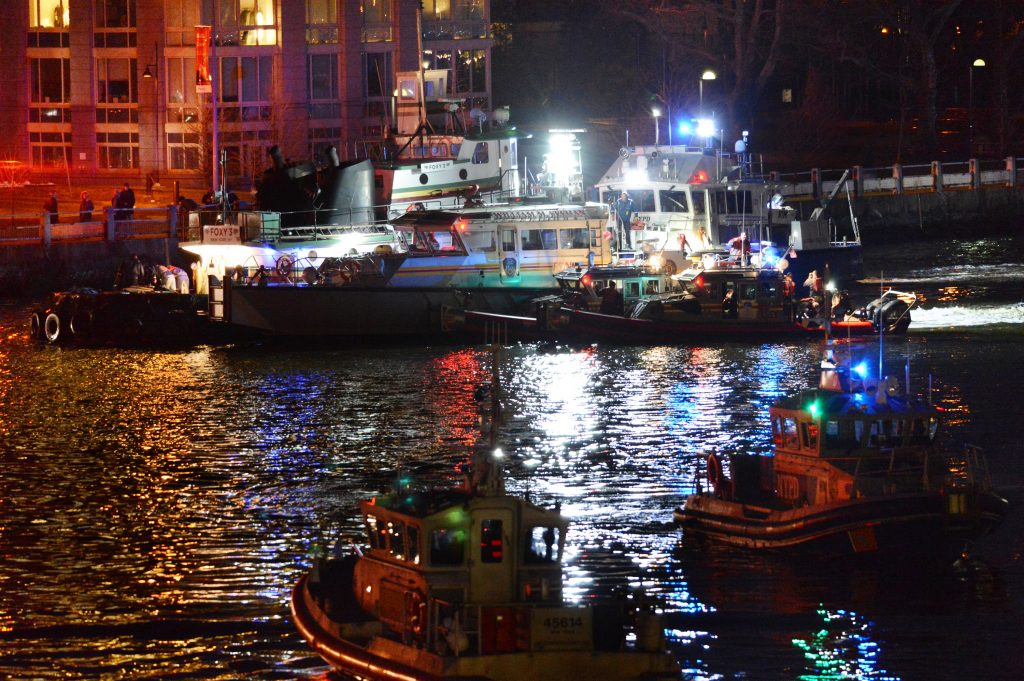 The pilot who survived a helicopter crash that killed his five passengers told investigators he believed a passenger’s bag might have hit an emergency fuel shutoff switch in the moments before the chopper went down, a federal official told The Associated Press on Monday.

The official said the National Transportation Safety Board also is scrutinizing why an emergency flotation device apparently didn’t deploy properly when the tour helicopter went down in the East River. The floats are supposed keep a helicopter upright; the Eurocopter AS350 that crashed Sunday overturned and submerged.

The official was briefed on the investigation but not authorized to speak publicly about it and spoke on condition of anonymity.

Pilot Richard Vance, who managed to free himself from the rapidly sinking chopper, was the only survivor.

A floating crane slowly raised the submerged helicopter to the surface Monday and towed it off to be examined, as Democratic New York Sen. Chuck Schumer said federal regulators should suspend flights by the helicopter’s owner until the facts of the crash are known.

The owner, Liberty Helicopters, referred all inquiries to federal authorities. The Federal Aviation Administration said it was investigating whether the company had been complying with regulations.

A tour and charter helicopter company, Liberty has been involved in at least five accidents or other incidents in the last 10 years, according to FAA data. “Incidents” can include events that end in safe landings, but an August 2009 collision over the Hudson River between a Liberty chopper and a small, private plane killed nine people, including a group of Italian tourists.

The company paid $23,576 in fines in 2010 and 2011 for violating maintenance, record-keeping and flight operations rules, according to the FAA. Three subsequent maintenance violations in 2011 and 2012 didn’t result in any fines.