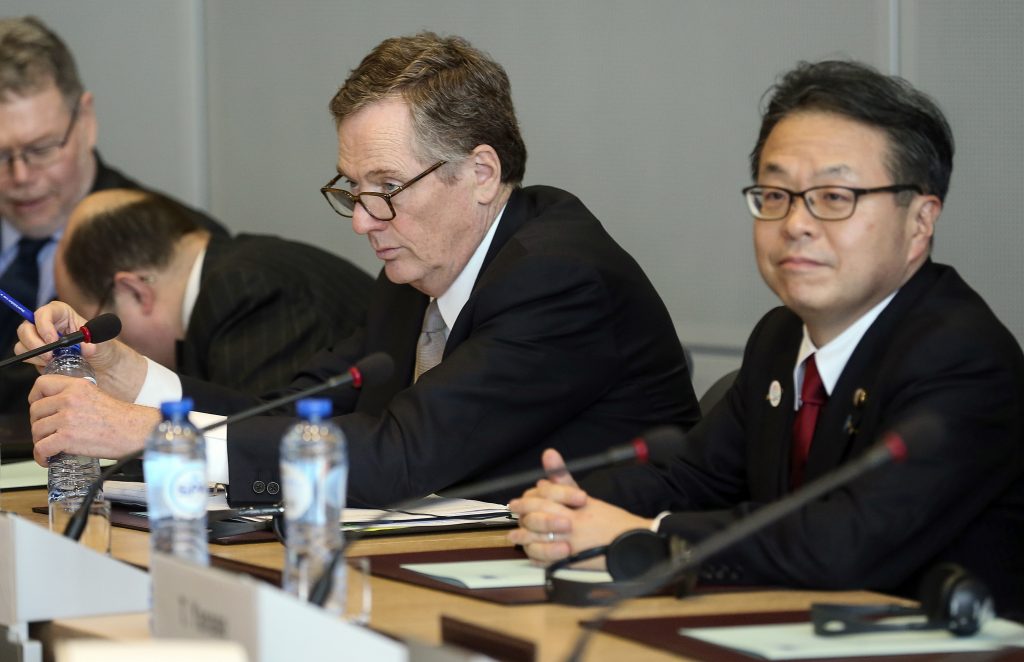 European Union trade chief Cecilia Malmstrom said she’s still in the dark about whether the bloc will be let off the hook from planned U.S. tariffs after a “frank” but ultimately fruitless meeting with her American and Japanese counterparts in Brussels Saturday.

“As a close security and trade partner of the U.S., the EU must be excluded from the announced measures,” Malmstrom, the 28-nation bloc’s trade commissioner, said on Twitter after a meeting with the U.S. Trade Representative Robert Lighthizer.

There was still “no immediate clarity on the exact U.S. procedure on exemption,” Malmstrom said after the meeting that included Japanese trade minister Hiroshige Seko.

Malmstrom, Lighthizer and Seko are set to meet again at the OECD ministerial meeting in Paris next week to further discuss the issue, according to a joint statement after the talks.